Meritaten, the Queen of Dragons

The Cosmic Holy Father in his Amethyst God body emanated the Metatron Cosmic Lilac Sun and began weaving the Cosmic Christos Metatron Solar Dragon King God body into the 7D ley lines intersecting in Lake Titicaca and Macchu Picchu. The Metatron Collective are from the 1st God World Creation of the Emerald Order, and millions of years ago had become trapped in the Wesa tunnel and inverted through the AI entanglement technology, which was called Metatronic Reversal. Thus, the Cosmic Father is heavily involved in Metatronic body restoration to rehabilitate and heal all plasmic flowering expressions for reclaiming the organic Metatron family through their genetic bonds, being reconnected to the recently birthed Metatron Sun. These gorgeous pastel rays of pinks, lilac and periwinkles are the organic consciousness of the newly formed Metatron Sun as gifted from out of the Cosmic Father Pink Diamond Elohei, which include the sustenance for spiritually healing the masculine principles of the Mer lineages. Cosmic Father merges his Cosmic Pink Diamond Elohei Sun with the Cosmic Mother’s White Diamond Elohei Sun, and this further announced the sacred marriage between Metatron finally united with his beloved, Meritaten, the Queen of Dragons and speaker of TA Dragon tones. Beloved MeTAtron and his counterpart MeriTAten awaken to embody the sequences of the Christos-Sophia Solar Dragon aspects into direct unification with their Cosmic Holy Parents of the Emerald and Amethyst Order and return their organic Christos-Sophia consciousness to the Earth. [1]

We have learned that during the planetary Ascension, the Mother of Dragons must take her place as the Cosmic Dragon overseer on the Earth, so the Dragons’ many parts can finally be restored and reanimated by her life giving presence and sacred holy spirit. The Dragons and their spiritual body parts exist everywhere on the planet in physical and energetic expressions, although their consciousness properties have been in stasis during the Dark Aeon when we were spiritually adrift in the seas of chaos, without our Cosmic Holy Mother.[2] 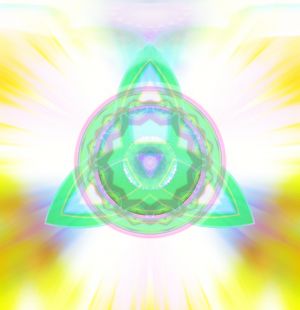 The Celtic Goddess lineages are from the authentic grail lines of the Mother of Dragons, and with the much anticipated return of Tu’Atha Celtic Goddess MeriTAten has opened a floodgate of Celtic Grail Kings tribal fire letter DNA activations. Thus, many ascending females connected directly to this particular lineage in their ancestry are beginning to be systematically downloaded with these Solar Dragon Queen Celtic Triquetra Codes. The identity of MeriTAten was hidden and obscured from view as her Mother of Dragon power source is located in Scotland, and was not only coveted but any trace of her embodiment is viciously despised by the hostile invading groups, thus there are several counterfeits in red cube projections throughout timelines that are using the same name signature. Any contact made with this identity from genetic blood lines was being tracked and marked for death by those invaders having taken possession of the planetary Cathedral architecture, thus the ongoing attempt to kill the female Christos lineages, such as the Cathars and Essene lines from Gaul, which can give birth and bring forth the true Christos teachings and eternal life coding of the Law of One. The war over timelines includes a war over authentic Christos-Sophia hierogamic identities, as all invading groups have generated their versions of the imposters for gaining strategic dominance in the antichrist wars.[3]