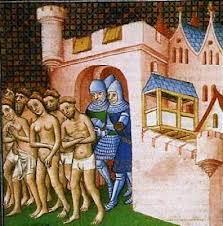 The Cathars were a part of the Essenes, Christos Templars and formed the group embodiment to protect the Mother God principle, the female principle of both Mother Arc and Christos-Sophia, the chalice principle, all that was female principle was a part of the Arc of the Covenant and the ability to open the planetary stargates. Portions of the Cosmic Mother Universal Body language is called the Cathar. In the Cathar body are multiple languages, and creational code that is the Universal Mother’s creational principle. These creation codes were stolen and replicated by the NAA and Fallen Angelics to be used in controlling and enslaving the human race through the necessity of suppressing and raping the female principle. (See Tiamat, Baphomet and Achamoth)

In general the Cathars were protecting certain information in the Gnosis texts and gnostic symbols from the Essenes, Christos Templars that accessed hidden energetic templates (12 Tree Grid and Blueprint) that allowed a direct connection to communicate with Christ/ Krystal Star intelligence at that time. They knew that the Christ had returned to earth to bring this gnosis back Law of One into the earth plane and anchor the covenant with Christ/Krystal Star back into physical matter after the Atlantian destruction. Some were aware of the extraterrestrial invasion of NAA, while others thought of these forces as an evil god or Fallen Angelic. In the earlier stages they had the mapmaker map and coordinate points where they would be led to activate and communicate with “chalice” portals of energy that were still able to be accessed through their gnosis symbols or “channeled” knowledge. They translated Coptic text from the Nag Hammadi Scrolls and were told to migrate and bring these original gnosis writings from the original Essenes ( at the time of Yeshua Christ-Mary Christ Sophia) in Egypt and back to the 12th stargate in South France where it would be easier to protect. They were given the awareness that the Roman Catholic Church and its organization was infiltrated by the Satanic Draconians/Archons and they were aware of the Mind Control being placed into the planet through these False King of Tyranny religions and their supposed houses of worship that were all designed to enslave the human race through these false father beliefs and their Holographic Insert.[2]