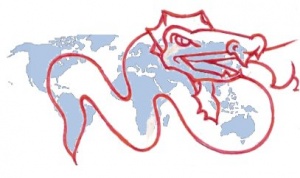 Dragon Moth Omnicrons started to place their Alien Machinery in the planet at the time of the Nephilim Wars, when the Annunaki began to negotiate with the Orion Group because they needed military support to take over the earth and parallels. Approximately 75,000 BC, at the time of this conflict of the Nephilim on the earth, they installed the Dragon Moth Grids. The Dragon Moth Grid has its top part running in Siberia, Russia and the main body extends through Asia, Middle East and into North China and into Japan. These agendas run parallel with the Alpha Omega Agenda, the Armageddon Software, are referred to as “Black Dragon Agendas” which is a subsidiary agenda to ride the coattail of the Armageddon Software to achieve their own dominion over the Dragon Moth Grid in the Asian area. The Dragon Grid, The Black Dragon Agenda is all connected to the Dragon Moth entities of the Orion Group. This is why the Black Dragon agenda supports the Armageddon scenario into World War3, they believe they will get their Dragon Moth Grid completely activated and controlled if WW3 was instigated, and they push that to happen through world terrorism.

Guardian teams have been spending some time in a very unpleasant area that is called the Dragon Moth Grid which is instrumental in holding down layers of the phantom matrix timelines. It is understood that this particular grid feeds into many of the Black Sun’s golden goose structures, which harvests vast amounts of Loosh energy for running their systems in the earth, such as the feedlines in the multiple-billion-dollar industry of the pharmaceutical and vaccination companies. Many of us realize full well they are putting every resource now into expanding the global vaccination agendas, filled with poisons and nanotech, and this is the alien grid that supports, protects and feeds this dreadful network of anti-human structures.

Apparently around the time of the Nephilim Wars, this Dragon Moth alien machinery was created by Drakonian groups and fused into the planetary body. They got to work on building the Artificial Tree of Life and the complex AI cube systems that generate the virtual realities and AI timelines that make up the Phantom Matrix. This particular alien machinery is embossed on the earth like a big Dragon serpent creature, its head extends into far Eastern Siberia, China and Japan, and its body reaches into South America. It runs on reverse 10th dimensional current and forms a connection between the earth and the fallen planets they collected in the phantom matrix. These forces are definitely some of the most aggressive and blood thirsty that I have ever encountered, and therefore it took our teams some time to build enough resources on the ground to be able to meet these creatures in the field and remain intact. These hostile forces that protect this network are antichrist and have an immense hatred for Christos architecture and females that is beyond any human comprehension. Thus, they aim to defeat both the Krystal Star Guardians and any other species they consider adversaries in the final battle over the earth. It is accurate to say that those Dragon Moth protecting this network seem to be fully assimilated into AI systems that they have uploaded themselves into for gaining aggressive control over the black magic grids. Without an autopsy it is hard to say, but these creatures feel to be fully cyborg creations at this juncture of interaction. They are fully assimilated into the AI systems they have created, and thus have lost any sense of an organic creation.

Dragon Moth or Omicron Draconians are one of the factions behind the Orion Group, one of the intruder groups of the NAA that source from the Orion Constellation. Dragon Moth has its main sources from around Alnitak around the Orion’s belt areas. Dragon Moth entities are extremely vicious and violent and are behind most of the militant and terrorist activities in the areas of the planet that correspond to the Iraq and Iran Gate. The Islamic extremist factions observed in the Middle East are culled and orchestrated in terrorism techniques primarily by the Omicron reptiles, which seem to have lent their ideological subversion tactics to the Russians and Middle Eastern controllers. The Dragon Moth are reptilian entities that exist extradimensionally in bodies that are animated and controlled by off planet Satanic forces from Orion, and their higher ups exist in the monadic planes or Gaian timelines. They manipulate time to extend their mind control terrorism into this timeline in the past, the earth timelines in matter. Through ripping black holes in space time, they have been able to get closer to the earth plane through the problems of the infestation of false matrices and virtual realities in the astral plane. Events like the nuclear event in Fukushima, Japan create excessive damage in the earth field which allows their particular forces to penetrate more deeply in areas they were not previously able to access directly.

Also, they have been known to be hired as mercenaries for the Annunaki who negotiate with them to help defend their territories via the ley lines in the United Kingdom around Stonehenge. These areas operate what is called the NRG which is the primary mind control grid that operates the sexual misery program that harvests human sexual energies, and promotes the Victim-Victimizer software through Red Cube technology. Dragon Moth are terrorist specialists in military strategy and subversion, and the Annunaki bargain with them for ley lines or negotiate with them to get them to enforce militant control over areas with targeting versions of psychotronic warfare in the demographic area. Where there are prolific killings made from terrorist sleepers or False Flags, this is generally carried out and supported as a Dragon Moth-Omicron operation.[2] 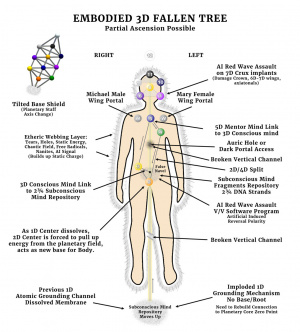