The Information Presented in the Ascension Glossary reflects the Guardian Perspective of the Ascension Timeline (2012 Timelines and Beyond) intended as support, both energetically and educationally, for the Galactic Families of Humanity. This Spiritual Family has accepted the Guardianship role to support the foundation of Cosmic Citizenship through Unity consciousness as an evolutionary model for this planet and humanity, and this is Earth based advocacy designed for this specific group. There is absolutely no value difference given on the role each being has chosen for its expression. The Guardian Groups mission directive is rehabilitation of the hologram, repairing its energetic architecture (DNA), embodying the Ascended Human Protoform, supplying informational context on Ascension dynamics and Exopolitic E.T. Agendas and reeducating both human and non-human's to be congruently aligned to the Universal Law of One. Freedom, Fraternity, and the Sovereign Right of All Beings to be a Knower of God Source is protected by the Collective Unity Vow shared among our Universal Guardian Groups.

The Law of One comprises the necessary principles of behavior, practices and belief systems that humanity is required to learn in order to achieve spiritual freedom and sovereignty, by committing to re-educate themselves to expand consciousness into higher frequency realities that allow them to progress into the future GSF Timelines, during the Ascension Cycle.

See Guardian Mission Statement, Full Disclosure Event and Where Can I Start? 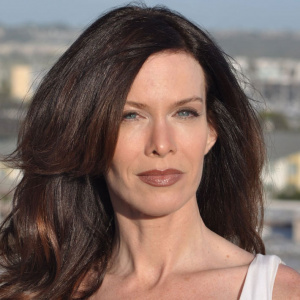 Welcome to the Ascension Glossary. This glossary is constantly being expanded by Lisa Renee with new definitions.

This site is part of the projects at Energetic Synthesis which includes Krystal Aegis, ES Foundations and HGS Support.

Lisa Renee experienced a spontaneous Kundalini event several years ago that catalyzed a Starseed Awakening to perceive multidimensional realities and communication with the Evolutionary forces of Light. Lisa Renee has been personally contacted and then prepared, trained and downloaded by Interdimensional beings (Extra-terrestrial and Ultra-terrestrial, not from this Universe) known as the Krystal Star and Aurora Guardians. Guided by Guardians, Lisa was biologically upgraded to be downloaded to comprehend the Science of Ascension through the Law of One and its dynamics upon the layers of energy fields. This understanding of Consciousness Technologies was experienced by her own personal evolution and began her transition into an Multidimensional Guide and God-Sovereign-Free (GSF) Steward during this Planet’s Ascension Cycle. She is an Emissary for the Guardian Groups and a spokesperson for the shift of humanity to Ascension. Along with the Guardian Groups, her mission is to support humanity through its evolution with education, awareness and by discussing the impacts of the energy shifts upon the planet, human beings and human consciousness. She is an Ascension Guide, Planet Gridworker, Starseed Advocate, Humanitarian, Writer and Educator for Disclosure and World Humanism.