Fornax is a constellation in the southern sky. Its name is Latin for furnace. It was named by French astronomerNicolas Louis de Lacaille in 1756. Fornax is one of the 88 modern constellations.Alpha Fornacis is a binary star that can be resolved by small amateur telescopes. The primary is a yellow-tinged main-sequence star of magnitude 3.9 and the secondary is a yellow star of magnitude 6.5; the secondary may actually be a variable star. It has a period of 300 years and is 46 light-years from Earth. Beta Fornacis is a yellow-hued giant star of magnitude 4.5, 169 light-years from Earth.

Fornax has been the target of investigations into the furthest reaches of the universe. The Hubble Ultra Deep Field is located within Fornax, and the Fornax Cluster, a small cluster of galaxies, lies primarily within Fornax. At a meeting of the Royal Astronomical Society in Britain, a team from University of Queensland described 40 unknown "dwarf" galaxies in this constellation.

Fornax A is a radio galaxy with extensive radio lobes that corresponds to the optical galaxy NGC 1316, a 9th-magnitude galaxy.[1] One of the closer active galaxies to Earth at a distance of 80 million light-years, Fornax A appears in the optical spectrum as a large elliptical galaxy with dust lanes near its core. These dust lanes have caused astronomers to discern that it recently merged with a small spiral galaxy. Because it has a high rate of type Ia supernovae, NGC 1316 has been used to determine the size of the universe. The jets producing the radio lobes are not particularly powerful, giving the lobes a more diffuse, knotted structure due to interactions with the intergalactic medium.[13] Associated with this peculiar galaxy is an entire cluster of galaxies. [1]

In ancient Rome, Fornax was the goddess of bread and baking, her festival was the Fornacalia. It was held in the Forum by the Curia, or ancient unions of kinsmen, under the superintendence of the Curio Maximus, or president of the masters of the curia. Corn was baked in ovens in the ancient fashion. All who missed the festival were called fools (stulti), as being supposed not to know which was their curia, and had to make an offering at the so-called Feast of Fools (stultorum feria) on the 17th February, the day of the Quirinalia The word Fornax comes from the Indo-European'To heat, warm'. The Latin word fornix means an arch, a vaulted ceiling, and a brothel. In ancient Rome prostitutes were restricted to soliciting only under the archways, or fornixes of the outer city gates. The fornix in the brain is an arch-like shape like a vaulted ceiling. A fornix is also found at the superior end of the vagina, described as a 'vaulted ceiling' surrounding the cervix of the uterus. Both fornixes in the body have only architectural purposes. [2] 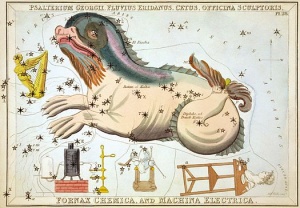