About one in five women in the United States are raped during their life, according to data released in early September 2014 by the Centers for Disease Control. Many women do not report being molested from the shame and guilt they face, so this is under reported. Another 40% experience other forms of Sexual Violence, mostly at the hands of other Americans though some suspect the rising numbers to be sourced from Islamic immigrants who have a disdain for female infidels. We get uncomfortable talking about sex because religion has clogged the workings of minds about this most essential and vulnerable subject. However, the fact is that we were created with sex and it represents the most vulnerable part of our being. So when one attacks a person’s sexuality they are attacking the deepest most vulnerable part of that person. It is an attack on a person’s Soul. In addition, any sexual violence against us at any age can terrify and shock us into a life of grief and pain that eventually lead to the shores of disease and cancer. “The homophobic, anti-women views of Judaism, compounded by the even more anti-sex ideals of Christianity, or more pointedly Roman Catholicism, poisoned with sin what was once a sacred and holy act for much of the ancient world. Religious texts, which billions claim as their holy books, are in fact violent, hate filled literature themselves, calling distinctly for the murder, not only of different cultures, but also homosexuals, rebellious children, unfaithful wives and others.”[1]

Religious Violence and Sexual Violence is propagated by the NAA to generate Archontic Deception Behavior to meet the AD strategies used by Controllers to achieve total domination and enslavement of the human race and planet earth. NAA Religion and Sexual Misery programs meet all Top Five Archontic Deception Strategy objectives to enslave humanity.

Satanic beings are aware who controls the mind, controls the soul. By starting to implement sexual trauma and some form of genital trauma or genital mutilation as young as possible, they hope to fragment the mind as well as the soul. When a person is sexually traumatized, such as through the rape of a young child, it is the worst damage one can commit to the soul, and that act alone can fragment the personality into multiple personality disorder. When this occurs the satanics can bind, mind control or use the person much more easily, and so the goal of sexual torture and genital mutilation is mental fragmentation as well as soul fragmentation. CIA programs test the use of sexual domination or torture, (such as MK Ultra) and use orgasm as a form of Mind Control as they are well aware of the power over the individual body and collective humanity to controlled subservience through acts of sexual abuse. 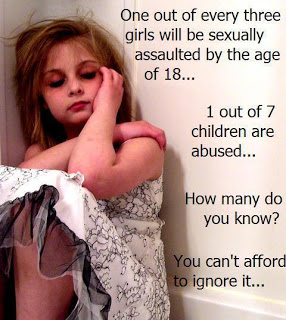 Pedophilia is rampant among old western elites as well as the Middle East. Pedophilia is one of the most heinous and nasty crimes imaginable [2], yet, it’s been sanctioned and protected at the highest levels of the police, judiciary, corporations and in politics. It is also one of the most effective methods used to control politicians and bureaucrats through institutionalized blackmail and coercion. A ‘powerful elite’ of at least 20 prominent establishment figures formed a VIP pedophile ring that abused children for decades reported Peter McKelvie, a former child protection officer who first raised the alarm about high profile individuals engaged in child sex abuse – said senior politicians, military figures and even people linked to the Royal Family are among the alleged abusers. So it is hard for westerners to mount a defense or attack against extreme radical Muslims who condone SLAVERY, the BEATING OF WOMEN, and HONOR KILLINGS (the murder of children), and perhaps the most barbaric atrocity practiced by some factions of Islam, which is Genital Mutilation.[3]

The Wrath of an Angel (Documentary) - The Owls :As an example of the result of severe abuse, here is the story of an severely sexually abused child Beth that exhibited violent, aggressive criminal psychopathic behavior since an extremely early age in which she would kill animals, attempt to hurt and kill her brother, other people and even expressed desire to kill her parents. Through incredible love and reprogramming her violent behavior to become more trustworthy and build self esteem she was able to improve and regain empathy and conscience for her actions. [4]

WARNING: this is disturbing. However, this is an example of a Sadistic Sex Offender or "Sexual Sadist" from a video series entitled: Truth, Lies and Sex Offenders & Sadistic vs. non-Sadistic Sex Offenders, created by Dr. Anna Salter. [5]This segment shows a chilling example of what a Sexual Sadist is, living a double life, and that was raping his own son while he stalked other children looking for victims. This is an example of the repeating cycles of sexual violence in families through generations, that is hidden within archontic deception mind control programming.