Difference between revisions of "Green Tara" 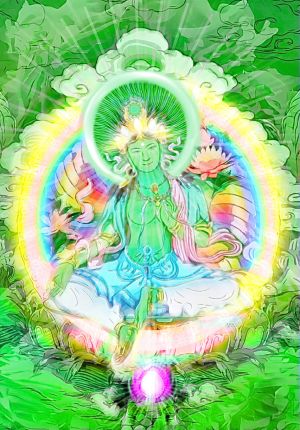 In Sanskrit, the name Tara means Star, but She was also called ‘She Who Brings Forth Life’, The Great Compassionate Mother, and The Embodiment of Wisdom, and the Great Protectress. 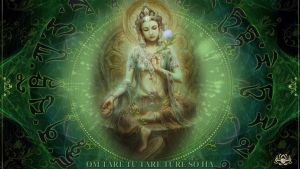 Green Tara. From a 18th century prayer: “From my heart I bow to Divine Mother Tara, essence of love and compassion, the most precious objects of refuge gathered into one. From now until I reach enlightenment, connect me with your great love and kindness to liberate me.”[1]