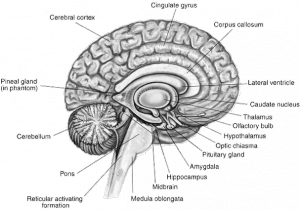 We may be starting to feel the new energy platform supporting our foundation so this group is not feeling such an energy burden in our personal bodies. The 9th Chakra at the base of the skull has been referred to as the "Mouth of God" and its opening is exactly at the back of the neck where the skull lays on top of the spine. It connects to the medulla oblongata and the reticular formation of the brain and spinal cord.

The Medulla Oblongata is at the base of the brain stem that acts as the energy receiver of cosmic energy. Bring to your mind the life force energy coming into the medulla oblongata and being directed to your body parts. When feeling unwell, imagine the Cosmic Consciousness streaming into the back of your head and projecting itself throughout your body parts and areas that feel blocked or unwell. This helps to develop ones skill at directing life force energy within the self and the environment.

This area esoterically has been called the Golden Chalice for it is the Occipital Cup that holds the Cosmic Intelligence or Wisdom. It is a etheric type of brain rewiring (and spiritual body activation) in order to hold and be receptive to the "Golden Chalice" of transmitted Universal Knowledge and directing cosmic energy to our bodies. [1]

The medulla oblongata connects the higher levels of the brain to the spinal cord, and is responsible for several functions of the autonomous nervous system, which include:

Implants behavior profile: In the application of a NRG or Victim-Victimizer coded Mind Control implant, its mechanism acts like a "tick" or "leech" that burrows itself deeper into the lower areas of the astral body, mostly into the 2nd Chakra and into the Instinctual response functions which impulse the spinal cord and the central nervous system. This CNS area is also at the base of the neck at the location of the Atomic Doorway, the 9th chakra (Medulla oblongata), where the inner spirit light reflects out of the eyes from the embodied Monad. (like a holographic projector) That inner light will die or become dead in the eyes after this (mind control) implant takes control over the body through the CNS manipulation of stimulating lower ego. This is to block spiritual body from embodiment into the physical layers. The etheric implant is a reptilian brain implant that is placed in the structure of the brain stem via the medulla oblongata. This is a way to manipulate the CNS impulses to the brain to change or stimulate thought control via the negative ego or lower third layers of the subconscious, instinctual and conscious mind matrix.

All this information about the changing magnetics in the global brain means that we at the individual level will experience nervous system changes as the brain neural net changes. I hope this comes clear to you, that you are right on schedule and that you can release fear around these areas. It’s important to note that the atomic doorway of the ascension, the 9th dimensional chakra, is right directly on medulla oblongata on back of cranium where the cranium and skull meet the top of your spine. This area has been very problematic and why people are having neck pain, tension, headaches, dizzy spinning, etc. This area sometimes can be manipulated or adjusted, and when it is, will bring great relief. This is because many new energies are attempting to move through what have been dormant energetic centers in your Lightbody. As these frequencies come through or are exposed to your body it can be like “rusty pipes” in your house. If you have not turned on the water, the house has been abandoned and you are trying to turn on the plumbing, it’s a little creaky, there’s a lot of debris coming out of the pipes. We have a lot of similarity as these new energies come back online in our bodies. There are channels attempting to re-circuit, orbit, plug in to circulate these energies and this is a common emanation. Some of us notice temporary numbness and tingling, some odd sensations moving into the thoracic level on up to the base of the neck and head. Adrenal fatigue is very common during exposure to high frequencies when we may be undergoing “downloads” or activation. When we work with these frequencies, our adrenals and thyroid are first parts of our system that get exhausted and possibly fried. Beings that do spiritual intuitive or energy session work, also have higher tendency to have adrenal-thyroid burn out. This tends to be a foundation guideline that you may want to add dulse, iodine, seaweed, working with protecting your thyroid and the adrenal glands which need mineral composition. Minerals are the substance required for the conductors firing between nerve synapses. So when the nerves are firing really fast, it’s conducting it through a mineral base, so certain things like mineral salt, brain tissue salt, homeopathics that support neural net and nerves will help soften that nervous exhaustion and fried out feeling. Please see the EMF overexposure article in the newsletter here. Hyland’s Bioplasma is a highly suggested Starseed supplement to help with the nervous system.(Source: July 2008) [2]