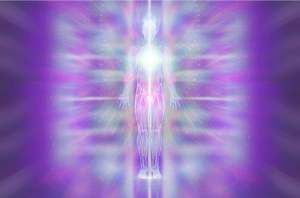 The physical body and fleshly form that human beings inhabit in the material realm is ultimately designed as the vehicle of expression for the multidimensional consciousness bodies that exist throughout the density levels. Density levels essentially define the location in the timeline where that aspect of the human being or life form is having a consciousness experience and is traveling within in some kind of body. Most people are unable to sense their own higher consciousness aspects as the result of the NAA Mind Control programming, the Amnesiac Barriers, NETs and Alien Implants that were placed in the lower earth body to suppress the global consciousness. Yet, there are aspects of the higher self that exist within the lightbody layers that are enmeshed with the cells of the physical biology and these are also called Stations of Identity. Through the manipulation of the Mitochondrial functioning which impairs ATP production, this method works to suppress the embodiment of the stations of identity. The stations of identity refer to the anatomy of the spiritual layers of the original consciousness blueprint design of human beings, the lightbody, and what we refer to as Soul, Monad and Avatar consciousness.

Each expression of the God source in its collective consciousness body or individual life form, has many stations of identity that exist in each of the dimensional realities or Harmonic Universes. To become unified with the God source, we must learn how to live in harmony with the natural laws. As we live in harmony with the natural laws, we integrate, heal and unify all of our spiritual expressions in time that had become stuck, harmed or traumatized, by learning life lessons through the direct experiences we have that teach us how to evolve. We cannot evolve if we cannot learn from our experiences. The learning process generally occurs with the explicit help of our higher spiritual identity that helps us to recollect our other aspects and their fragments that have existed throughout the time fields.

Throughout each density, the various stations of identity are subjected to different laws that govern the structure of consciousness movement throughout time and space in that location. These laws instruct characteristics that impact the stage of evolutionary development that manifest as platforms of consciousness perception and spiritual expression that are unique to each person’s location in that time and space field. Many physical vehicles can seem to exist in a similar relative time and space in matter, yet the spiritual vehicles are existing within vastly different levels of the consciousness spectrum and within an entirely different dimensional timeline. The Point of Divergence within the consciousness spectrum is more exceptional during the current ascension phase of planet earth. The visible light spectrum in the physical realm gives us an extremely limited perception of the energetic reality. As an example, the spectrum of reality that a consciousness body located in the 5D timelines would perceive and express through their vehicle, is completely different by comparison to the vehicle with the consciousness body perception located in the AI timelines. In each dimension and bodily form, the laws governing structure and potential energy changes, which alter the consciousness perception and access level that is available to that specific life form. [1]