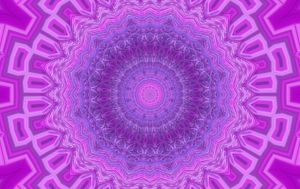 These first Amethyst Order Azurite forms are known as the Braharama and they were created to repair the damaged time matrix with sound codes and serve on the Interdimensional Free World Councils. The Braharama Oraphim were created throughout several planetary bodies which seeded aquatic life forms in which Oraphim cetaceans would serve as guardians in the oceans, to receive Amethyst Order Founder Rainbow Ray current transmissions. Many of the Oraphim Cetaceans that were seeded in Sirius B, have incarnated upon the earth in the oceans to help repair the sound body architecture as energy placement holders during the Ascension Cycle. There are many creation timelines in which the Emerald Order Sirius Blue human Maharaji and the Amethyst Order Braharama joined together in Unified Cooperation to return the hierogamic union template required to heal the Wall in Time, through the spiritual healing of the masculine and feminine principles while embodied in an androgynous Azurite-Oraphim Form.

The Braharama Oraphim created the many varieties of whales and dolphins that are designed to transmit sound codes that restore the natural order of an architectural pattern within the core manifestation template of creation. The Amethyst Order transmits frequency patterns and sound codes to their cetacean family representatives swimming in the oceans in order to help maintain electromagnetic balance and gender principle balance throughout the planetary biosphere. The hunting of these cetaceans are many times the result of the dark agenda of fallen entities attempting to manipulate humans, to stop direct transmissions sourcing from the Founders, in order to regain control over sound codes or sonic pulse patterns transmitting from the cetaceans and into the crystal core of the earth.

The Solar Rishi are the first triad of light manifestations that make up the Cosmic Trinity, of which the third light manifestation of magenta violet spectrum is collectively referred to as the Amethyst Order, which holds the triadic code and Cosmic Holy Father principle for our Universal system. The Amethyst Order Cosmic Father lineages down step their consciousness through the Violet Flame current and are comprised of Cetacean, Avian Pegasus people, as well as aquatic Braharama lineages that were first seeded in the fourth harmonic universe on Lyra-Aveyon through Universal Stargate 11. These original lineages were first incarnated within the Lyran Matrix and were one of the three Royal Houses, the genetic timekeepers of the rainbow ray for the entire Universal Time Matrix. The Amethyst Order Breneau are sourcing from the 15th dimensional level of the Holy Father principle within the sacred Cosmic Trinity and hold the fire letters corresponding to the third level of individuation from the God Source. Currently, the Universal Father is weaving into the Cosmic Father God Source field which is the first individuation aspect in the God Worlds. The Amethyst Order seeded the triadic Maji grail Rama and Ur lineages on the 3D earth and 5D Tara during the third seeding, many are connected to the current lineages of Indigo children on the earth, which hold the Code of the Violet Sun. The Amethyst Order lineages possess the master keys in their genetic template which allows them to open and correctly align dimensional levels between the Grual point 5, leading into Grual point 8, once they receive their connection with 15th dimensional coding. Currently, this activation has had significant impacts to the 5D Timelines when density locks were opened through Yana-Immanuel code transmissions within all four harmonic universe layers simultaneously, in which the Amethyst Order Yanas were able to directly enter into our manifest reality.[1]