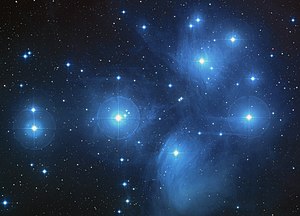 The Solar System is undergoing a momentous shift whereby the eleven main celestial bodies or planets are being magnetically synchronized with the shifting magnetic core in our Sun-Star. Our Sun is the eighth Sun Star from the Pleiades or Seven Sisters star cluster located in the Taurus Constellation. Our Sun passes through the Taurus constellation from mid-May to mid-June in which oceanic Plasma Waves are currently being transmitted and are reconnecting our Sun’s magnetic core to properly realign with the stars of her Seven Sisters. The reunification of our Sun with her Seven Sister Stars in the Taurus constellation, effectively purges out a tremendous amount of collective human race miasmatic record and nullifies the effects of the trauma timelines that happened as the result of the Fall of Tara.

As the vast amounts of solar plasma streams entering the magnetosphere run directly into the planetary Crystal Core and into the inner domains, this sets a new magnetic wave resonance pattern in the planetary grid. This organic magnetic wave pattern appears to have extremely amplified effects for activating the Crystal Body with new DNA tones within physical matter. There is an ascension wave of accelerated Crystal Body activation taking place in the collective race consciousness to attune the human lightbody into spiritual alignment with the solar codes of the Seven Sisters DNA musical tones. This is to help support the human race and spiritual families to be increasingly stabilized while experiencing the magnitude of shifts happening in the planetary ascension timeline, which includes the global revelation of the future Disclosure events.

During the height of the Electrical Peak cycle, Solar Christ Michael revealed himself to be the 13th Ring of Golden Fire surrounding the Earth in a Solar Dragon Ouroboros Line connected into the Taurus constellation. During the Ring of Fire Solar Eclipse, Christ Michael and his counterpart Solar Christ Mary merged their hierogamic template with the Taurean matrix to function as the krystal rainbow bridge merging the Seven Sister Pleiades Central Sun to be correctly realigned with their 8th Sister Star, our Sun. When our Solar Christ beloveds merged within the Seven Sisters cluster a tremendous amount of solar golden coding for correct solar twinning and male-female heart twinning began transmitting throughout the plasma streams. In effect, there was a grand Solar Rainbow Dragon celebration in the Seven Sisters cluster as the Twin Sister Stars Tara and Tiamat were finally restored and reunited again in their complete Solar Dragon Queen or Solar Female Christ Mary emanation. [1]