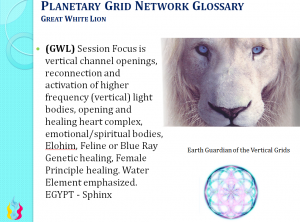 GWL - The Great White Lion Grid: APIN Network was created by the pure races and Guardian Founders. The Founder Feline Lion Planetary Grid Network was created by the Elohei-Elohim Feline and Leonine Christos races in their image. The APIN grid networks were designed in the consciousness Ray of the Founder Lineages, The Great White Lion is the Mother races of the Blue Ray and a part of the Threefold Founder Flame Aqua Blue Ray of Mother Arc. See the Four Living Creatures. 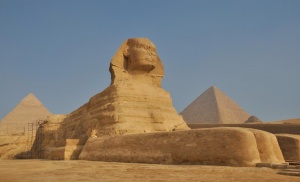 Thus the Lion APIN is in the image of the Feline-Leonine race. Note that the Sphinx, which originally had a lion's head, was built as a tribute to the Elohim-Feline races of the Blue Ray Founders---the resistance Nibiru Annunaki defiled and altered it.

The heart of the Great White Lion Planet Grid Network is located at the 12-dimensional (12D Ray) energy centre (node, stargate portal) in south of France. It stabilizes the 12 primary vertical axiatonal lines. The Golden Eagle Grid is anchored on the Iran Gate in the Middle east. It stabilizes the 12 primary horizontal Ley Lines. The Great White Lion is the Guardian of the North and South Ley Lines, and the Golden Eagle Grid the Guardian of the East and West Ley Lines. 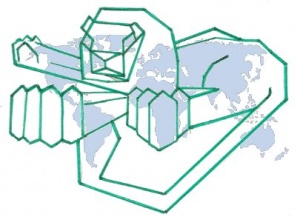