Keepers of the Blue Flame 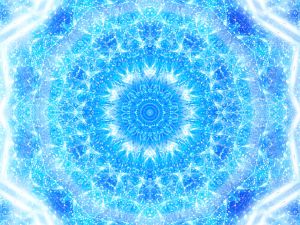 Keeper's of the Blue Flame

Subsequent to the Atlantian Cataclysm, the Keepers of the Blue Flame and the females with original Staff Holder genetic codes underwent a series of genetic digressions, breeding programs and deliberate targeting to disrupt the solar female principle, by connecting the female principle and the human Lightbody into the Lunar Matrix. By destroying the Solar Logos architecture and inserting a Lunar Matrix to hold the energetic placement of the planetary female principle, this lunar distortion would prevent the natural Rod and Staff Gender Principles from activating in the human DNA.[1]

The Lemurian Holocaust was a direct planned assault on the matriarchal society and Solar feminine, in which many of the inhabitants were direct descendants of the original seeding of the Paliadorian races, and were tasked with the important job as Keepers of the Blue Flame. These main groups were Solar Feminine Melchizedeks, and they were protectors of the crystalline network of Mother’s Sophianic template and Guardians of the North and South ley lines.

Through the correction of the Lemurian timeline, many fragments in the 2D layers which represent the split body parts of the Mother known as the Achamoth, were reintegrated back into the Arc Zone. Starseeds with this lineage as the Keepers of the Blue Flame may have undergone deep emotional processing with the sensations of being tracked and hunted down, feeling the hatred directed to the divine mother principle, and the waves of grief and sadness from this particular event. Through this event, the earth came to know Misogyny and extreme levels of hatred directed towards the divine feminine, as carried out by the NAA invaders. 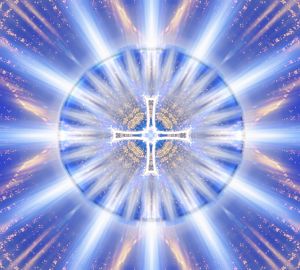 The Sophianic Template contains sequential stages of reassembling the Solar Feminine Christ architecture that is designed to repair the lunar distortion imprints, which include the magnetic reversals embedded within the female principle structures on the planet earth. The potential resurrection of the Solar Feminine Christ is made possible through the recent activations and anchoring of several Cosmic Diamond Sun body structures, such as the Holy Mother’s God seed code (the perfect proton) and the Krystallah matrix within the earth’s main grail point and Stargate system. The instruction sets for the reclamation of the Solar Feminine Christ have begun to spiral through the energetic current traveling throughout the planetary grid network. As the female biology is able to pick up these transmissions, they begin to naturally repair the magnetic imprints of the lunar woman distortions in her physical matrix. The DNA-RNA imprint in a female biology is more suited magnetically to embody the Solar Flame codes first, that further ignite the inner vertical channels and this potentially ignites the Keeper of the Flame blueprint and thus, may further activate female Staff codes.