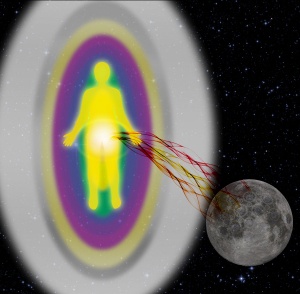 The Lunar Matrix is another alien structure that transmits Mind Control programs into the earth’s magnetic field and perpetuates spiritually abusive belief systems into the subconscious layers of the masses. This originates from non-humans and is alien based technology used to enforce the main goals of the Archontic Deception Strategy, perpetuating the destructive ideologies on the earth surface that enforce Misogyny, Sexual Misery, child sacrifice and human slavery. It is important to understand that to propagate and spread these destructive ideologies, the NAA had to first eliminate the presence of the real Mother principle on the earth. They went to great lengths to replace her with artificial programming and false images, and then systematically destroy all forms of power from the natural female principle throughout the human culture. These destructive ideologies are embedded deeply in the satanic and luciferian cults and its lifestyle, which is ultimately anti-human and caters to the main goals of enslaving the earth population. The anti-human, anti-female programming is enforced by the Power Elite cabal members that have been cultivated and propped up by the non-human invaders of the NAA, to wage a quiet war with silent weapons. Many females on the earth are actually mind controlled and sexually traumatized to act as the complete opposite of their true expression. Disconnected from their natural spiritual biology, in order to further promote the goals of the anti-female agendas and to replace the organic Mother principle throughout society with an anti-soul culture.[1]

The insertion of the Lunar Matrix was accomplished in part through dragging in the Moon satellite, to be used as a base of operations and for transmitting lunar broadcasts for magnetic field manipulation. This led to human female reproductive distortions such as enforced Breeding Programs and alien hybridization, designed to overpopulate the earth for the purpose of the ultimate Blood Sacrifice during the planned end time wars for the Armageddon timeline. War and killing is normalized in the NAA death culture and used for satanic rituals of Blood Sacrifice to harvest Loosh for the Alien Gods. Armageddon was their final conflict plan to sweep up massive amounts of loosh through setting off a deliberate global cataclysm that would kill most of the inhabitants of this planet, thus stealing their soul energy at the point of death passage. This timeline will not ever manifest and that alien nightmare is over. Humanity is no longer alone. Our true God Parents and spiritual family have returned for us during the opening of the Stargates during the Ascension Cycle.[2]

Subsequent to the Atlantian Cataclysm, the Keepers of the Blue Flame and the females with original Staff holder genetic codes underwent a series of genetic digressions, breeding programs and deliberate targeting to disrupt the solar female principle, by connecting the female principle and the human Lightbody into the Lunar Matrix. By destroying the Solar Logos architecture and inserting a Lunar Matrix to hold the energetic placement of the planetary female principle, this lunar distortion would prevent the natural Rod and Staff Gender Principles from activating in the human DNA.

Through repeated session work in the planetary fields and by Remote Viewing the grid network, the many layers of artificial Alien Machinery that have been used to spread Dark Mother reversals, that clone and replicate the Sophianic female principles via the Lunar Matrix and Beast Machine, have been revealed. The NAA have employed an assortment of artificial intelligence structures and frequency fences for enforcing technological abuses, in which they intended to eliminate and destroy the organic mother principle in creation, thus generating ripple effects and causing an array of genetic distortions in the Sophianic female principle embodiment on the earth.

The recent major grid cleanup on holocaust timelines required another stage of dismantling phantom and artificial constructs that were harboring reversal mother creatures, a hierarchical chain of engineered hybrid dark entities used to enforce the Lunar Matrix links into the female principle and female bodies on the earth. Essentially, these are Satanic forces that have been engineered and then populated into the planetary architecture blended reality to gain control over the Solar female principle, subverting this higher identity into a mass mind controlled lunar female breeding slave. Through the embodiment of the Solar Feminine, the negative form of an AI reversal mother-female creature surfaces, in which we must feel her pain and let her finally die, as the Qlippoth forces cycle through our lightbody in order to dissipate, transmute and dissolve this dark creature and the Lunar Matrix she feeds.

The structure of anti-life reversals that automatically run Satanic overlays into the lower dimensional Ley Lines, that have two-way access in and out of the black hole system. This allows shadow creatures, energy parasites, black hole entities to run around on the ley lines where Dark Mother reversals and lunar architecture has been embedded, as this generates demonic dwellings that they can co-exist within. The unholy trinity is installed for the purpose of running lunar female reversals, proliferating black forces and spreading the related Dark Mother archetypes, which were designed to prevent the females on the earth from fully embodying their Solar Female Mary template.

Thousands of years ago, the NAA and the Power Elite Luciferian bloodlines discovered that in order to gain access to the Planetary Staff and spiritual-energetic gateways, stargates, portals, interdimensional links into different timelines, they would need to find ways to capture the Mother aspect of the Godhead, by gaining control over Dark Matter, and gravitational or magnetic field manipulation. The insertion of the Lunar Matrix was accomplished in part by dragging in the moon satellite, to be used as a base of operations and for transmitting lunar broadcasts for achieving magnetic field manipulation and mind control. This makes the earth a bonafide Prison Planet. This also serves to gain control over the Sophianic female Christos expression on the earth, by inverting the solar female staff current in the human lightbody, and forcing the inner female principle to run energy reversals with lunar force overlays from the Lunar Matrix.

This was an artificial system which generated Moon Goddess entities as the Dark Mother principle running the lunar current into the quantum layers of dark matter in the planetary architecture. Dark Mother spawned many lunar female demonic entities, which are used for the purpose of conjuring satanic forces and satanic creatures in anti-life blood sacrifice rituals. These lunar demonic forces were designed to hijack and replace the divine Mother aspect, by holding the organizing principle in the architecture that was needed in the sacred union between the male and female, in order to co-create the artificial matrices in the blended reality system. The result of this Lunar Matrix and its lunar force distortions in our realm, is that it was made to become the artificial imposter of the Mother principle from the Godhead within the planetary architecture, which became the emergence of mass Satanism through the Dark Mother influence. This is what contributed to the mass proliferation of satanic creatures, energy parasites, the reversal female satanic force aberration in our reality, by saturating the planetary grid with artificial energies, lunar forces and reversal networks. This system is called the Dark Mother that, at its source, is a nonhuman lunar force creation used to artificially power up reversal matrices and alien machinery. This collects human loosh for harvesting, such as in the NAA created Baphomet Network and Moloch Tanks.

Keep in mind that although Satanism uses the Mother principle for carrying out rituals and spiritual activities, it is the Dark Mother constructs which are alien generated imposters holding the spiritual pillars of Satanism in this world, and not the true divine Mother or Sophia. What they have done is replicate the female Christ divinity into lunar reversals, in order to steal and exploit the divine female attributes in the Solar Mary template. In this manner they rape her and keep female spiritual consciousness totally enslaved in the planet. The NAA and Controller organizations are desperate to keep the Solar Female Christ enslaved, because when Mother Sophia finally rises in her true and complete embodiment, it is game over for the massive controller structures. This includes structures such as the Vatican, which have been hijacking female spiritual power through the Dark Mother to keep their global control mechanisms in place. See Global Unholy Trinity. [3]