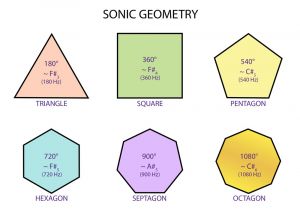 When our planet was invaded, these nonhuman forces understood they would gain control over sound waves and sonic geometries in the architecture, if they destroyed the mother principle by disfiguring the sound body templates throughout the planetary network and then replaced it with an artificial version. Further they knew that to enslave a species, they could effectively use the power of sound waves and frequency along with dissonant geometric programs to trigger reversal stimuli that conditioned us to damage our own human DNA potential. 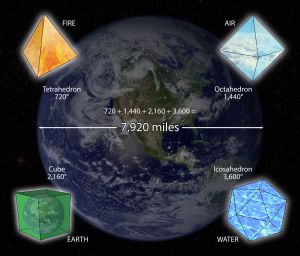 The sonic geometries, Light Symbol Codes are based in the platonic solid shapes and lines of light are programmed from one dimension above where they are being directly placed in the field. This is accomplished by directing geometric codes from mathematical shapes which form into light programs into one dimensional area in order to direct the appropriate sound frequencies into the dimension above it. In directing certain light code symbols into a specific dimension of time and space, the architect behind the making of the Blueprint is simultaneously directing sound wave frequencies or sonic geometries into the dimension that exists above it. Remember that sound makes geometric forms which become patterns made visible through light. The interplay of light and sound must be used together in the creation of energy fields and forms, and thus the male and female principle are always entwined and working together in some capacity in the mechanics of creation.[1] 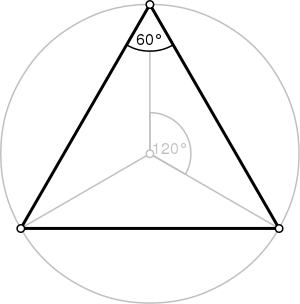 A triangle is a polygon with three edges and three vertices. It is one of the basic shapes in geometry. An equilateral triangle has three sides of the same length. An equilateral triangle is also a regular polygon with all angles measuring 60°. Triangles are assumed to be two-dimensional plane figures, unless the context provides otherwise. In rigorous treatments, a triangle is therefore called a 2-simplex (see also Polytope). Elementary facts about triangles were presented by Euclid, in books 1–4 of his Elements, written around 300 BC. 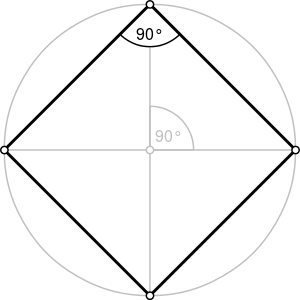 In geometry, a square is a regular quadrilateral, which means that it has four equal sides and four equal angles (90-degree angles, or 100-gradian angles or right angles). It can also be defined as a rectangle in which two adjacent sides have equal length. 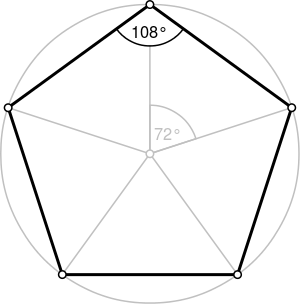 In geometry, a pentagon (from the Greek πέντε pente and γωνία gonia, meaning five and angle) is any five-sided polygon or 5-gon. The sum of the internal angles in a simple pentagon is 540°.

In geometry, a hexagon (from Greek ἕξ, hex, meaning "six", and γωνία, gonía, meaning "corner, angle") is a six-sided polygon or 6-gon. The total of the internal angles of any simple (non-self-intersecting) hexagon is 720°. A regular hexagon has six rotational symmetries (rotational symmetry of order six) and six reflection symmetries (six lines of symmetry). [5]

Septagon A 7-sided polygon (a flat shape with straight sides). Also called Heptagon.In geometry, a heptagon is a seven-sided polygon or 7-gon.

In geometry, an octagon (from the Greek ὀκτάγωνον oktágōnon, "eight angles") is an eight-sided polygon or 8-gon.The sum of all the internal angles of any octagon is 1080°. As with all polygons, the external angles total 360°.

If squares are constructed all internally or all externally on the sides of an octagon, then the midpoints of the segments connecting the centers of opposite squares form a quadrilateral that is both equidiagonal and orthodiagonal (that is, whose diagonals are equal in length and at right angles to each other).