Vatican City, officially the Vatican City State is the Holy See's independent city state, an enclave within Rome, Italy. The Vatican City State, also known as The Vatican, became independent from Italy with the Lateran Treaty (1929), and it is a distinct territory under "full ownership, exclusive dominion, and sovereign authority and jurisdiction" of the Holy See, itself a sovereign entity of international law, which maintains the city state's temporal, diplomatic, and spiritual independence. With an area of 49 hectares (121 acres) and a population of about 825, it is the smallest sovereign state in the world by both area and population.

As governed by the Holy See, the Vatican City State is an ecclesiastical or sacerdotal-monarchical state (a type of theocracy) ruled by the pope who is the bishop of Rome and head of the Catholic Church. The highest state functionaries are all Catholic clergy of various national origins. After the Avignon Papacy (1309–1437), the popes have mainly resided at the Apostolic Palace within what is now Vatican City, although at times residing instead in the Quirinal Palace in Rome or elsewhere.

The Holy See dates back to Early Christianity and is the principal episcopal see of the Catholic Church, which has approximately 1.313 billion baptized Catholic Christians in the world as of 2017 in the Latin Church and 23 Eastern Catholic Churches. The independent state of Vatican City, on the other hand, came into existence on 11 February 1929 by the Lateran Treaty between the Holy See and Italy, which spoke of it as a new creation, not as a vestige of the much larger Papal States (756–1870), which had previously encompassed much of central Italy.

Within the Vatican City are religious and cultural sites such as St. Peter's Basilica, the Sistine Chapel, and the Vatican Museums. They feature some of the world's most famous paintings and sculptures. The unique economy of Vatican City is supported financially by donations from the faithful, by the sale of postage stamps and souvenirs, fees for admission to museums, and sales of publications. [1]

In retaliation to the Yeshua Mission, the Orion Group chose to invade the territories near the 5th dimensional stargate, by infiltrating this central region of Italy, in order to lay the foundation for what would become the Church of Rome, the Papacy and the Vatican City. This began the invasion of the Black Sun nonhuman entities into the region, which are the groups who originally built the Catholic religious control mechanism and then infiltrated the Jesuit military order. This historical infiltration of the Jesuits at its top Supreme General position, by the negative aliens in the Orion Group, greatly plagues human society today. By combining these two NAA infiltrated organizations over time, the Vatican and Jesuit Order, these would become the merciless planetary controller mechanism for the worldwide political banking cartels. It is the center point of the satanic pillars used for the perpetuation of global Blood Sacrifice offerings, which are used for summoning demonic spirits and satanic alien forces that actually enter this realm through the stargate that exists under Vatican City.[4]

The Vatican remains a massive power and global control center for running the One World Order pedophilia operations for Satanic rule, throughout the Controller Pillars of Society, which is overseen and managed by the Black Nobility and bloodline families. This particular satanic agenda goes back to 2,000 years ago, when the Black Sun Draconians retaliated by infiltrating the Greek sacred texts and Rome to build the Church of Rome. Thus, mock the Christos Mission and spread their violent religious rhetoric through the Mind Control worshipping of the false Jesus crucified in a satanic blood sacrifice.

The Vatican City in Rome is one of the NAA Black Sun entity’s main control bases and global headquarters. It is the spiritual center used for carrying out the satanic ritual and operations for gaining wealth and material power for the globalist Luciferian bloodline families and funding their satanic agendas. The top power echelon in the Vatican is secretly working with the international criminal cabal government groups, the Jesuit military orders and the luciferian bloodline families –together called the “globalists”– to carry out Blood Sacrifice rituals and child trafficking in order to nourish the satanic forces on the planet. See Global Unholy Trinity. [5] 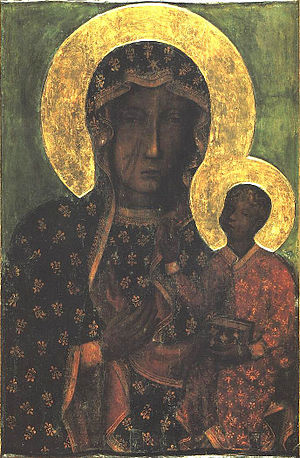 The Dark Mother gestalt forms itself into a complex field on the planet called the Black Madonna Network which is held together by the Vatican’s control over Lunar Female Demonic Forces in the 5D gate. The epicenter of the Black Madonna Network is the Austro-Hungarian Empire which includes; Austria, Hungary, Bosnia-Herzegovina, Croatia, Czech Republic, Italy, Poland and Romania.

Many of the patriarchal systems put in place by the Satanics, such as in the Vatican, have the hidden feature of females being placed into spiritual positions of power to represent the Dark Mother pillars in the covert operations of managing that organizational structure. This helps to explain the horror of why so many females in the Catholic religion worldwide, such as nuns, have acted in unimaginably cruel and brutal ways towards unwed mothers and children placed in their care. Many Catholic convents across the globe were used as fronts for child trafficking and Pedophilia rings. This is why, in order to gain full access to siphon the planetary consciousness energies, as well as human souls, they have set up global misogyny and Sexual Misery programs, including pedophilia, to get rid of the divine Mother principle entirely. We all want and need our real Mother, our true God parent. These entropic systems were put in place within the Controller Pillars of Society to form the Death Culture, the Mainstreaming of Satanism, to hijack all aspects of the female consciousness and access spiritual gateways inside her consciousness body. The Church of Rome and Vatican City are the primary example of this aberration.[6]

For the first time, the Solar Rishi are able to look at the complex infrastructure of the Lunar Female Demonic Forces that have been co-created with the Lunar Matrix and built into the Elite Pedophilia Networks for global human trafficking and Child Sacrifice. This includes the extensive NAA infestations within the grid networks located in Washington DC, London and Vatican City, which are used as spiritual ritual centers and more loosh harvesting. It appears the Solar Rishi have set their sights upon cleaning up the Vatican complex, as it is a cesspool of satanic creatures, alien infiltration and demonic parasites, used for trapping souls and powering up the lunar forces of Dark Mother onto the planet. [7]

The Vatican and their armies have played a major role in the proliferation of global child trafficking and the Pedophilia epidemic. High ranking Satanists oversee an assortment of international banking and criminal activities making them the wealthiest organization on the earth. The grotesque amount of this stolen and accumulated wealth remains largely unknown in its accurate scope. The Vatican’s legal status as a sovereign nation with protected borders has made this wealth largely unaccounted for and tax free. However, it is known that the Catholic Church is the biggest financial power, wealth accumulator and property owner in existence–on the entire planet.

The name and signature of the Vatican is based upon the Etruscan civilization’s goddess of the underworld, Vatika. The word Vaticanus means Dragon in the Etruscan language. The Etruscans settled in a region of northern Italy known as Etruria, before the rise of Rome and the Church of Rome was established. Thus, the 5D Stargate area of the Vatican was claimed by the Black Suns during the process of infiltration and invasion, as previously this was an important area of Mother of Dragons and Goddess worship of the Celtic Church. Thus, many of us will live to witness the destruction of the power behind the Vatican as the great imposter of the Mother’s holiest of holies, and know of the Fall of Rome during this disclosure phase. The Vatican is built upon centuries of Goddess worship which has historically acted as the proxy for the Black Sun and invading groups for hiding their mass crimes against humanity, such as global Human Trafficking and Child Sacrifice.[8]