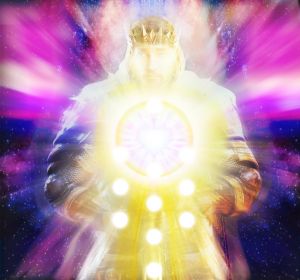 The Cosmic Holy Father as the Emerald Order King Arthur has begun his important spiritual work to activate dormant areas of the Albion Lightbody by connecting the organic star maps and star domes back into the planetary grid, which awaken the Solar Dragon Maji Kings to rise and protect the landmass of each of the 12 Essene Tribes. The Rise of Arthur in Albion also means that the spiritual mission for global Emerald Awakening is beginning through the systematic reconnection of the celestial bodies of stars which form into plasma domes across the globe. Further, these plasma domes are crystalline holders that link vertically from the constellations of stars into the planetary grid and when they are functioning as they were designed to by the Elohim and Solar Dragons, they hold Emerald Sun Paradisian codes or Edenic Codes. The Emerald Order Edenic codes align into these areas of the earth grid reconnecting with the Sun-Star holographic maps in each of the 12 main axiatonal lines and this reconnects that section of the grid’s ley lines with the organic krystal architecture that can finally run the organic base 12 plasma current as intelligently designed in the Universal Tree of Life.

Another stage of development is the comprehension that King Arthur’s Camelot is an extensive krystal architecture organized and assembled in rainbow round tables for the purpose of providing spiritual education, and to unite angelic human consciousness to perform a variety of tasks to protect the earth’s consciousness field. During the timeline of Atlantian Mystery Schools there were 12 Camelot’s where each of the 12 Tribes held one of the twelve holographic discs containing specific spiritual knowledge about their tribe’s affiliation and its related ascendancy information. The caretaking and ongoing preservation of the historical knowledge of humanities cosmic origins, the ancient wisdom of the Law of One teachings, and the detailed knowledge of the workings of the planetary templar were entrusted to and guarded by each of the tribes.

Thus, Camelot as an energy signature has the meaning of a sacred mystery school and healing temple designed for the spiritual exploration of the Law of One, and this project is currently being overseen by the Cosmic Holy Father as he takes form in the Christos archetype of King Arthur. The Great Work to rebuild Camelot on the Earth has begun, which requires reeducating the masses back into the Natural Laws of God that are based in Love.

During the Bifurcation of Time there is a separation of the wheat from the chaff, which can be painful to witness in those we love and care for. There are massive amounts of Christos plasma frequency being directed during this electrical peak, in order to activate the Emerald Crystals across the planetary grid and within as many human hearts as possible. The Emerald within us that flowers into the Emerald heart opens into the oceanic and limitless source of God’s eternal Love which brings the inner experience of Heaven meeting the Earth or stages of achieving hierogamic union.

During this time of intense spiritual warfare, we must choose between expressing fear which generates mental bondage and suffering or expressing love which generates inner peace and spiritual freedom. When humans begin to heart awaken and begin to feel this eternal spirit of love flowing within them, the inner Emerald is blossoming. When their heart song of love meets with the heart song of love that exists within another’s heart, this unified heart song of eternal love is greatly amplified and this begins to ripple out and awaken the other Emerald hearts in the planet.

To be able to communicate with Christ Consciousness and receive the truth in the word when it is spoken by the Solar Logos or Avatar Christos, an individual must first develop their Emerald heart center. This is also the function of the Camelot krystal architecture that is being built in the Albion Lightbody by King Arthur. When our Emerald heart awakens, this is when it is realized that our personal mission during the Ascension Cycle was always to spiritually develop ourselves to interact with the planetary consciousness grid in order to birth the Cosmic Christ Consciousness onto the Earth, returning authentic divine union through the hierogamic template.

The architectural work that is happening in the planetary grid is building and supporting rainbow round tables which are the global network for igniting the Emerald Awakening, which configure the awakening Emerald Crystal Hearts en masse to form into a new Camelot. The location of a Camelot is essentially an Emerald Heart center that is built by the core frequency of each of the 12 human tribes with an active Emerald crystal in the landmass, in which activating these crystals is essentially a natural function of our heart consciousness interfacing with the grid. The Camelot Center is built upon the combined circuitry of many active Emerald Hearts filled with unconditional love, which is overseen by the Emerald Order for the purpose of teaching, training and guiding humanity into spiritual Ascension and world service, that is free of the imprisonment caused by the NAA cloning, imposters, deceivers and assorted alien Anti-Christ mind control.[1]