The ES Website was manifested on 9/11/2007 with special master code (re-encryption to distorted base code architecture in the controller grids) to override the 911 Timelines and its Morphogenetic Field grid connected to 3D Timelines and their grids 555 and 553. These are inorganic AI Timelines that are based on the Fibonacci sequence that manifests in Metatronic Reversal, reverse merkaba ratios based on mathematical doubling of harmonics related to number 5, used by Thoth Grids to hijack the DNA from the Astral fields and thwart the progression of Expanding Consciousness of the earth and humanity. 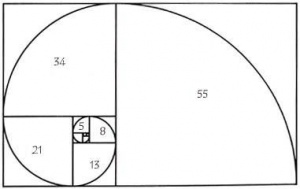 The Metatronic code is based on two spheres of Bi-Wave Influences of the Vesica Pisces instead of the eternal life three spheres, or Trinity Wave.Fallen Consciousness, such as the Fallen Angelics and Imposter Spirits, are due to Metatronic Code configuration in the planet and is the result of excessive misuse of free will choice that opposes the divine plan and intention of God Source. In the cycles of evolution, the opposing expression reaches the point at which it jeopardizes the Eternal Life expression and continued existence of the Cosmic Order.

Reversal 555 and 553 are the two timelines hijacked by the NAA in our 3D dimension to progress into the Alpha Omega or the 911 (Armageddon) Software. 55 and 53 are the fractional ratios which determine the spin of the electron vs.proton ratios in the merkaba. So it would be like seeing the two (2) tetrahedrons of the merkaba star, one on top spins clockwise and it spins at 33 1/3 ratio, see CW Male. The bottom half of the merkaba always spins counter clockwise and it spins at 11 2/3 ratio, see CCW Female. The spin rate creates the 45 degree repositioning of the body template, the 12 Tree Grid or Tree of Life. When we do processes this is coded into the shield and group work with Guardian support. ( add the ratio of top and bottom spin and you get 45 degree) The 55 represents the distortion rate of spin at 55 degrees, that formula the NAA uses to horizontally position the timelines therefore the Consciousness or spiritual bodies away from the Krystal Star proportions, which interferes and blocks 10D Krystal Avatar communication. This is why reversal 10D comes out of Iraq-Iran Gate (10D Stargate) and infects the GEG which drills down into the timelines and people's consciousness of course. Clearly why there is so much war and bloodshed and animalistic mentality near the epicenter of reversal 10D transmission. Hitchhiking on the original timeline architecture of this dimension, these were/are manipulated by Alien Machinery related technology ( and militarized technology such as HAARP, etc.) used to control and modulate the electron to proton ratio in the overall quantum field.

This forum thread explains the balance better, although it may be a bit lengthy read it has some good graphics which relate this concept of reversal at the electron-proton level well. [1]

The way to understand this is that this Planetary Grid Networks is a conscious living entity. This Consciousness grid, the Golden Eagle Grid, is literally the projected collective consciousness and blood of the Seraphim. The Founder races of the Seraphim gave their blood, their genetics, their consciousness to us, the human being. And they, in their love, became the guardians of the horizontals for us to reclaim our race back to Unity Field, the Zero Point Field. They are of the Gold Order, one of the Threefold Founder Flame Rays. The heart of the GEG is the Iran Gate or the 10th dimensional Stargate which directly impacts the functioning of our Solar Star or 10th Chakra in our personal Lightbody. Because the Solar Star is the main communication center for our Avatar Christ identity, the reversals on the planet are designed to damage this area of the planet, thus damage the individual human Lightbody from its proper functioning. This area of the Iran Gate is the Anubian Black Heart which is designed to run 10th dimensional current in reversal and scrambled frequencies ( This is called reversal 10 current or Reversal 55 Grid), to block humanity from accessing their Krystal Star extra dimensional family. These reversal frequencies create a Frequency Fence and NET. The broadcast for the False AA Michael channeling are broadcast from here to manipulate the New Age agenda to serve the NAA purposes.[2]

The Melchizedeks are of the 12 Tribes lineages of the Hibiru Tribes, who were given the genetic hosting responsibility to assist in the embodiment of the higher DNA language called Habiru. This language is a genetic code which originated from the Cradle of Lyra, in the Avatar matrix 10D timelines. The Melchizedek lines were attempting to salvage this ancient language of humanity on the earth, which was intrinsic to protecting the memories of the histories of humanity in time codes, also known as Vector Codes.Upon the Luciferian Rebellion the Melchizedek lines became infiltrated by the Luciferian forces. The primary infiltration was from Patriarchal Melchizedeks who developed a misogynist bent based on the distortions in the Sophianic Body. These lines started to lose their connection to the Mother principle from the many wars they justified in their beliefs that led them to commit intentional harm to others. This is the Fallen Melechizedek's, once a Universal Unity Field consciousness, a faction of this Melchizedek consciousness succumbed to the illusion of inequality between the Gender Principle. This led to a hive mind mentality, which is a Group Consciousness out of balance with unity. This patriarchal slant distorted the original 12 Base code (12D Ray) into 10 base code. This became the primary root of all control over the patriarchy, the masculine principle, the damage to rod function, the reversal 10:10 code or Reversal 55 Grid was born and brought to earth from this distortion. See Sephiroth.

What happens to a person who is on the spiritual path and they really truly are devoted and they really want to do this Ascension work they hit up against that Frequency Fence and it shocks them. When it shocks them they're thinking, 'What's going on I thought when I was connecting to God I would become more at peace, I would become more at one, I don't understand that I'm hitting something like a glass ceiling!'. Every time it's returning karmic dusts and karmic exhaust back to me! That's exactly what this NET is doing it's called a bi-polar field or Reversal 55 Grid and it's a reversal pattern so that when a being starts to get at a certain development of their spiritual lightbody (Monad and above levels) they hit this frequency fence the frequency fence sends back karmic exhaust and the person is basically pummelled to the floor with the Miasma waste that has basically been laid upon them. That is what's happened to a lot of the Starseeds and Indigos on this planet that have been attempting to work through these fields and most of them that have encountered that have been really confused. They really have not understood what is going on, let alone not feeling too happy about every time you stand up you get hit and you know or every time you try to move into this next level there's something electrocuting you and saying get back in that pen because you're not supposed to be out of there. It takes a lot to get past that Reversal 55 Grid field that how that particular field is generated there's a particular circuit programme that the guardians call Nephilim Reversal NRG and this has to do with the histories of hybridisation and intentional genetic splitting. [3]

The main locational point of Planetary Invasion 5,500 years ago that gave the foothold of Hierarchal Reptilian Negative Aliens to wreak their enslavement agenda upon the inhabitants of this earth. The hijack of the horizontal grid networks of the Golden Eagle and Phoenix Grid were taken over to create a global brain hemisphere splitting, stage the takeover of the global brain that has led to the Mind Control programming of the people of the earth. These races divide into two major agendas, the Luciferian Annunaki, a hive mind hierarchal reptilian mentality, and the Satanic Black Sun, a materialistic individualist race of misogynist war mongers. Both groups of intruders subscribe to patriarchal domination through elitist mind control agendas, such as the Illuminati, that employ military warfare and technological strategies to program, enslave and torture the inhabitants on the earth through war and enforced killing. These beings have stolen the consciousness field technology through reversal code programs to create the anti-life or death programs on earth, to bind the planetary soul (human collective) to serve their Satanic and Luciferian agendas of current time and future time planet enslavement. [4]