The third light manifestation of the Amethyst Order are Violet Ray orders comprised of Cetacean, Avian Pegasus people, and aquatic Braharama seeded in the fourth harmonic universe on Lyra-Aveyon through Universal Stargate 11. 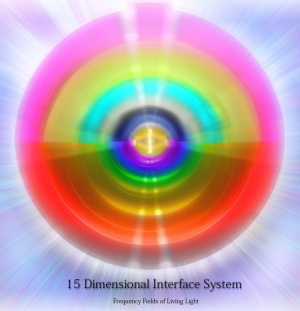 The Violet Ray is the 7D current which creates the ultraviolet Magnetosphere of earth and holds the magnetic instruction set for the planetary brain, otherwise called the planetary logos. This violet color wave Spectrum of Frequency is transmitted through our Crown chakra and seventh dimensional energy centers in our 12 Tree Grid lightbody system. This initiation with the Violet Ray remains dormant until the human being has full integrated and spiritually embodied their Soul Matrix. Since the invasion of the NAA and their implementation of the False Ascension Matrix and Crucifixion Implants, access to the 7th dimensional Chakra Wave Spectrum and ray lightbody integration for planetary Ascension has not been possible for the majority of 3D earth humans. However this is beginning to change during this phase after the Galactic alignment of December 21, 2012.

The 7th dimensional lightbody is the first layer of the Monad matrix which is the second spiritual triad of 7D, 8D and 9D layers. The Spectrum of Frequency resonance to this layer of the 7th Chakra system and Crown is the Violet Ray.

A cosmic triad of energy has formed with our Sun, Pleiades and the planet Uranus to ignite the new unity consciousness blueprint for the Planetary Logos. Uranus, as per its recent alignment to its astrological influence, is the major planetary body which transmits the qualities of the 7D Violet Ray to the earth.

This is significant to the changes directly related to our personal spiritual centers, our crown 7th Chakra, our third eye 6th Chakra (Pituitary Gland and Pineal Gland), our heart 4th Chakra, our physical brain and our vibrational thought forms.

This new solar activity is changing the masculine principle archetypes through the alteration of the Seven Ray particle structure primarily through the reconstitution of the 7th Violet Ray. This modification also directly impacts the elemental particles of matter. This shift is dismantling the masculine archetype of the False King of Tyranny architecture in the planetary logos to be replaced with the Christos mind as directed by the Solar King.[1]

The impact of this "invasion" ( NAA) deteriorated the function of our human bodies immunity, glandular and organ system function and blocked the Mother Arc God Aspect from connecting into the Earth Core. It was the groundwork being laid into the planet by the Controllers (Archons) that are referred to as the "Inner Christ" Crucifixion Implants. Our planet and the human race incarnated upon it, were now fully stapled to the earth grid (via Crucifixion Implants on our 7D Axiatonal Lines) unable to achieve organic ascension and liberation from reincarnation. We could not feel our God Source connection any longer, nor our connection to our Mother and female principles of balance. We now begin to change this "crucifixion" event by becoming aware that it happened so we can repair and heal it. This requires that Vatican City reveal to us what has been hidden and become accountable for its actions. This is starting to unravel the healing process and will be a huge Guardian grid repair project in 2011-ongoing. (Note: the Planet Emancipation Gridwork Week 5 and week 7 was relevant to this grid repair)[2]

These 6th-7th Frequency current runs through our meridians and through Axiatonal Alignment lines which are connected to energetic openings called the Wings that are located on the top of our shoulders and run down vertically each side of our body. The 6th portal WING is in your top shoulder indent, the right side male principle and runs current into the 6th Chakra, while the the 7D portal WING is on the left shoulder indent on the feminine side which runs current into the Crown. The 6D portal represents (among many other things) the first level of the Twin Flame Merge Sacred Marriage within our bodies that synthesizes the first stage of Divine Union ( the first level of Rod and Staff) within our Lightbody's hologram. When we start to build our 6D lightbody, our masculine and feminine energies attempt to merge and synthesize a pathway up our Chakra and up the vertical Hara Line column, connect into the base of the brain and synthesize out of the 6th Chakra at the 3rd eye. When completed we are holding the Soul inner template of the first stages of the divine union and able to outwardly manifest the first stage of our spiritual ascension called Building Wings. The 7D violet ray energies of our left side and feminine body represent our completion and Liberation from the repeated cycles of reincarnation into the lower timelines of the 3D Physical Worlds. (This is the freedom of karmic superimposition Miasma, being freed of Cause and Effect of the collective body as in the dispensation of the reconfiguration of the Violet Flame) Both of these gender related energy centers of the 6th Chakra and 7th Chakra work and impact our bodies together. The 7D Portal Wing also represents the Crucified Female Principle of Christ Energy Crucifixion Implants as it has been quite distorted within our personal energy bodies. (We can view this outwardly manifested from our hologram and view the external results of a “crucified” female principle of energy in our world today as misogyny.) Once we complete the frequency accretion and building of our 7D lightbody we are freed from the 3D reincarnation wheel and have a fully activated into a synthesized and unified chakra column. This is one way to refer to the meaning of a human soul’s process of “planetary Ascension.” These 6D and 7D horizontal Ley Lines have been extremely blocked in the Planetary Grid Network and have not been activated on our planet or within our human consciousness for eons of time. We will say that there have been extensive frequency fences placed at these levels to purposely thwart the planetary and individual light body accretion and soul completion at these dimensional levels. False Ascension Matrix This way the souls of human consciousness would be stuck in rounds of 3D dimensional reincarnation experiences never getting off the wheel of rebirth, constantly coming back into the lower form worlds of density. Stuck in the reincarnational cycles of density, with a consciousness level of pure identification with its physical matter, it became harder with each evolutionary cycle for the human race to recognize its true nature as a multidimensional and God being.[3]

Heavy coordinate points that cross into and flood the energy tributaries into the Axiatonal Lines from the 4th and 7th Dimension are being repaired. Since the planetary 7th dimensional axiatonal line is the main disruption of the false christ Crucifixion Implants this has been a primary repair project. The 7th ray (Violet RayFlame) is transmitted through the planetary 7th Axiatonal lines and is being recoded. Previously this false crucifixion energy implanted in the 7th Axiatonal line was feeding another false program being used in the Astral plane which was like a mirage. This mirage I have referred to in previous articles is the “False Ascension Matrix” Program. This is why the 4th (Astral Plane) and the 7th dimensions (violet flame and Planetary Logos/group mind) are so important in how they intersect and feed the levels of false (enslavement) programming.[4]

During this cycle of the Bifurcation of Time, the Founders have altered the holographic structure of the Universal Tree of Life, and that ray alteration directly impacts our personal Tree of Life. Everything contained as the instruction set is recorded in our personal Tree of Life, which is our spiritual blueprint, our manifested identity, our DNA, our destiny plan. During this recent phase there is a reconfiguration transpiring as the 7D Violet Ray is undergoing a unification merge with the 15D Ray of Holy Father Arc.

This is how the Military Grey Alien Technology and Human Military Shadow Government were using as parts of this technology from this base located in Peru:

A huge square field of thousands upon thousands of technology in pockets of “hyperspace fields” that looked like “solar panels” in perfect rows, side by side, in square and rectangular shapes were being used as a soul capturing and energy capturing technology - 8 hours west of the Macchu Picchu, 5D vortex and Gateway. This field of energy capture directs massive amounts of current power to the Black Hole technologies (BHT) used all over the globe to instigate destruction. Recently attempts to use black hole technology to weaken North American seaboards was instigated, and stabilized by Guardians. These square-rectangles are artificial “tile e spheres” similar to embedded tv screens that refract light into images, so this is a refractive light and image capturing technology, while capturing soul, capturing animals, capturing nature, whatever levels of capture, that would mirror an exact replica of the item/person/animal in a holographic projection into another phantom dimension. This phantom dimension feedline influences to 7D phantom Arcturian intersections, as well as 7D logos/ planetary brain controls. This soul capture creates a probable future timeline of that person/animal here on 3D earth now - as its replica parallel clone is leading it towards its own pathway of destruction into a phantom dimension of enslavement and eventual consumption by these negatives, in controlled artificial future timelines. This is exactly like understanding the computer technology of a mirror site server. When one wants to have multiple copies (Clones) of the same website content accessible in many countries, they will create a duplicate of the original site and replicate its projection onto many internet IP addresses, vector locations in time and space. This soul capture technology was doing exactly that. Whomever is not soul connected, using their soul, or an innocent bystander like an animal or mammal, such as the 900+ dolphins recently killed in Peru waters, and another 600 Pelicans that sacrificed themselves, a negative form projection of their genetic signature would be captured and projected into the siphoning device into the phantom field to simultaneous power and feed the operation of the BHT. This technology was getting upgrades and they were testing it in the field for about 60-90 days, testing it in 5D, 3D and parallels. The plan was to roll out a big BHT agenda – soul capture extravaganza agenda at the May 1st, Beast-Beltaine ritual and ongoing.[6]