During the end of 2015, the planetary lightbody began another bifurcation stage in the grid network which initiated an Emancipation Cycle which accelerated the Timeline Wars and the use of artificial intelligence cube technology for gaining territorial control on the planet.

With the return of the Solar Rishi into dimensionalization, there are many Special Operation Teams forming now that are strategically organized to find souls in very fragile states or delicate situations, based upon the level of trauma that has been suffered as a result of repeatedly incarnating on a Prison Planet. The process of liberating earth from being used as a prison colony and Satanic ritual abuse human farming system by the NAA forces, is directly relative to the spiritual ascension cycle and ultimately achieving planetary emancipation. We are enduring the most difficult time cycle of the Planetary Emancipation now, in which we are waiting for critical mass for a Full Disclosure Event to wake up those completely brainwashed by the cabal plandemic death cult, those that are willingly participating in the spread of worldwide genocidal agendas at the behest of Archontic Controllers.[1] 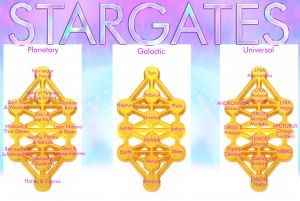 The organic Planetary Stargate System or Universal Tree of Life Templar opening has been damaged from NAA and the Alien Machinery abuse from the Negative Aliens collaboration to control the earth. This necessitated Krystal Star Guardian intervention and this intervention is referred to as Ascension Plan B with Mission Upgrades.

As the result of the Planetary Emancipation Cycle, reclaiming the dark matter matrix and the ongoing Solar Synthesis, another harmonic universe emerged, the Universal Mother Dark Matter Matrix. This newly reconfigured domain is considered to be the sixth harmonic universe, or HU6. The sixth harmonic universe has restored the correct morphogenetic pattern for our Universal Mother Dark Matter Template and has further laid the instruction set for the emergence of the Solar Feminine Christ or Sophianic consciousness embodiment upon the Earth. It is the new harmonic universe that supports the new plasma body activations which are seeded in our personal dark matter template, in which light seeds are germinated into quantum Light and that energy is transferred from the subatomic layers to build our Lightbody layers.[2]

Rainbow Round Tables or Kunda-Ray

Within the energy matrix God source expresses first as sound in the form of the Kunda-Ray living sound field current. From within the Kunda-Ray, the living light rays of the Universal Trinity are formed, what we refer to as the Threefold Founder Flame of the Solar Rishi or Breneau. The Solar Rishi have returned into dimensionalization to directly support the Guardian races with running assorted Kunda-Ray currents into the planetary grid system during the Planetary Emancipation Cycle.

The Oraphim are the original representative Founder Guardian Races specialized Emerald Sun DNA blueprint forms that were used as a prototype body for the 6D Indigo Family of consciousness that source from the Universal Melchizedek Lineages, many of us came to the earth through the Sirius B portal to retrieve the lost or trapped Azurites and recover the cloned identities of the Ascended Masters. The Oraphim are the spiritual parents of the Indigo races working for Planetary Emancipation during the Ascension Cycle.

Shift to Next Harmonic Universe

At the end of 2017, the planetary body began shifting into the higher frequency bands that are located in the next Harmonic Universe which began the Planetary Emancipation Cycle. Then another major milestone for planetary ascension occurred on December 21, 2020 with the conjunction of Jupiter and Saturn which resulted in the reconfiguration of the 6D-7D morphogenetic fields with the new Gold Sun DNA angelic human blueprint. This blueprint is the Angelic Human Gold Sun Solar body which acts as the ascending vehicle for all of humanity on the Earth.

These events are connected to the five-year cycle of Planetary Emancipation that initiated a series of ongoing Paliadorian plasma activations to fulfill the ancient agreements of the Paliadorian Covenant. These Christos Starseed solar body activations were to further ensure the Return of Emerald Order|Return of the Emerald Order]] to override the Artificial intelligence realities formed by the NAA that were the result of hijacking the authentic Emerald Sun DNA and Azurite identities. The planetary body is moving into another stage of timeline completion to prepare for the global consciousness rebirth cycle beginning approximately March 2022. The tipping point within the Collective Consciousness is awakening with the clear evidence of many shocking Abuses of Power that have been carried out by those in authority or in public view that were being directed by the hidden hands controlling global power. This includes the revelation of the many crimes made against humanity that have been purposely orchestrated behind an incredibly well-planned and heavily funded agenda for carrying out global human Genocide.

We are being purged deeply of obsolete 3D belief systems and the remaining content is being processed into higher light and consciousness, to be stabilized and synthesized into the physical body, in order to improve energetic Coherence and spiritual strength. Our responsibility now is to practice unconditional love to all that we see, and to see everything and everyone around us as connected to the unified whole. We are one species; we are one human race. At the same time, we make clear intentions of where we place our consent, in alignment with our higher spiritual authority. This loving intention and compassionate practice will keep our heart open and aligned to the source field, and will make the challenging transition humanity is enduring much more comfortable to emotionally process.[3]