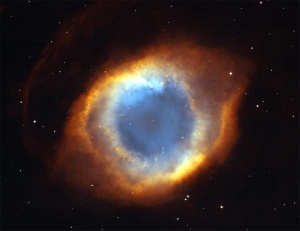 Zero Point God Matrix Field, the source of our genesis. The central point of union within our Universe projects itself through the Cosmic Trinity which act as the Threefold Founder Flame of the 13D-14D-15D Rays (Mother Arc, Father Arc, Christed Child) to create the prism of multidimensional life throughout the Universal time and space fields. The source of the Zero Point field is the infinite energy supply of our God Creator that is contained within all living things.

Love is a radiating, strengthening and unifying force spiraling into the upward movement towards the central point of Oneness, the Zero Point. The Force of Love naturally aligns itself back into unity with the Zero Point Field, the unified heart of the Universe. The absence of love, or hatred, is a disintegrating, separative and weakening force, which absorbs light and energy away from the central point of Oneness. The more absence of love, the more absence of living light, and as a result, darkness is manifested through the process of fragmentation into successive layers of density.

The Krystal Star mission is to unify all creation with Unity consciousness vibration (The Universal Frequency of Love and Cosmic Christos Intelligence) as we can heal the internal separation by synthesizing the polarities of our 3D electromagnetism into the zero point or neutral field. The Zero Point or Neutral field is the heart of the God Matrix, the Energetic Core and Source of all Creation, the Still Point of Wholeness.

The Gradual Particle Acceleration is a natural physics dynamic that exists at the quantum level, and it is this exchange that creates a faster momentum pulsing between the fission and fusion that exists between the antiparticle and particle mass. To understand this level of our Ascension process, remember that we are merging our Particle (magnetic-female principle) selves and Anti-particle (electric-male principle) selves into a merged non-charged field at the Zero Point. This merging of our particles into the Zero Point is an event that is happening at every level and layer of our hologram, at the personal level, Planetary level, Universal level and so forth.

All of the Universal creation emulates the In-Breath and Out-breath emanating from the Center Point of All Union, the God Source. As we are made in the image of God, we are also emulating this principle of the Natural Laws. Take a moment to feel this as a guided visualization: As you take a deep inhaling breath, this is the In-breath of God, breathing in the God Particle principle of the Universe. As you hold your breath (the space between the breath) this is the “still point” or Zero Point of God, where all is emanated from and originally sourced. As you exhale this is the Out-breath of God, exhaling the Anti-particle principle of the Universal creation field. As you Inhale and Exhale consciously following the movement of your breath, you will be able to note that this is the fission” and “fusion movement that exists between the particle and antiparticle relationship of our Universe. It is this relationship that manifests into a particle form (such as our physical bodies) as we experience it in this density. As the fission and fusion exchange is accelerated, it changes the pulsing momentum and charge of the frequency field it is creating. It is also important to note that our Creation, our Universal Hologram through the process of this fission and fusion is like a light switch turning on and off perpetually. We are able to experience form creation through the principles of the Living Breath of God Source, perpetually breathing in and out, or turning on and off between the particle and anti particle mass. This is the process of alchemy that manifests form as we experience it.

And this is exactly what is being radically altered on our planet and within our bodies, right now.[1]

Newsletter discusses the macrocosm of the Universal Zero Point connecting with the microcosm Personal Zero point opening in our Lightbody which is located at the Medulla Oblongata, or 9th Chakra:

We are almost positioned at the Zero Point connection that spirals us through the "Mouth of God" which will drastically magnify and propel us towards a certain directed destiny path.

This reference to the Mouth of God is the consequence of the upcoming cosmic event that has been mentioned in the previous month's news article about the Andromedan Activations. Many of us have been in a phase aggressively preparing our bodies in order to transduce these new Andromedan energies as a human acupuncture point for the planet.

Also remember that the Mouth of God is also a reference point to an energetic command and control center in our Lightbody. It is the 9th Chakra which is also called the Atomic Doorway and is the projector of God Consciousness Units that filter very similarly as a light projector through the back of your Medulla Oblongata, at the base of your neck ( at the brain stem). Andromeda energies are referred to by the Guardians as sourcing 9th Dimensional frequency (Planetary Kundalini Current) and will certainly activate the 9th dimensional Axiatonal Lines on the right side of our human body as well as filter up into the 9th Chakra at the base of the neck. This frequency is dull silver in its color spectrum running vertically from your middle right toe and up through the middle right finger, into the base of your neck. When this Lightbody is activated, it creates a macrocosmic orbit with planetary kundalini forces that looks like a moving gyroscope sphere of spiraling frequencies around your upper body and head.

A type of calibrated "neurological entrainment" to these frequencies with a brain upgrade was necessary in order to allow for the cognitive use of these higher functioning parts. Our spiritual teams are familiarizing many of us with the zero point fields of source energy. We are leaving binary fields of electro-magnetism, moving into the (trinary) zero point fields. These Trinity Fields (referred to as Trion Fields) represent the particle/antiparticle merge of our energy bodies into a completely new field of "holiness" that is to comprise our new "Trinitized Form" and its energy body template. These Fields amplify Source Energy within our bodies. Tesla technologies, Zero Point Field Generators have been showing up for many of us when we are searching for healing facilitation for our bodies.[2]

These (Hierogamic or Sacred Marriage) unions are genetically purposed to work on templating the transfiguration Orb architecture in the Merkaba body, as both Rod and Staff corrected principles are required to enable this function in the Diamond Sun Crystal Body. As the Female principle (Staff) holds the Monadic Blueprint architecture to infuse the Mother Aquamarine 13th Gateway, the Solar Father RA Rod principle unites with her to open the Inner Stargate within a 45 degree spinning field that collapses into a Transharmonic Orb body. That Inner Stargate is located inside our core Diamond Sun body and enables complete transfiguration of our physical and auric body to occur. As the physical body dematerializes pulling its particle mass into the center of the body core, the mass is pulled into the core at a 45 degree angle from four sides. Upon the dematerialization collapse, the Orb field spins in 360 degrees aligned to zero point/144. The inner spinning core opens into the Universal Monadic Core and every direction and movement ( into any event horizon) possibility opens into the consciousness awareness field. Moving around from inside of this Orb Body feels like “sliding”. Similar to a slippery monorail, there is a directional movement of the consciousness field perception of “sliding” back and forth. It’s a little like having sea legs after sailing on a boat and returning back to walk on land.[3]

Christos is Unity with Zero Point

The Christos is the Offspring of Hieros Gamos:

What we have come to learn through the Guardian principle of Hieros Gamos is that the Christos Intelligence is the child/offspring of the Holy Mother (Arc) and Holy Father (Arc), and cannot be birthed into the physical world without both principles/polarities equally unified to zero point. These principles of polarity (male/female) are unified between the internal and external manifestation, internally with the inner spirit and externally with the physical body.[4]

And this is the phenomena of which will initiate the dimensional and timeline collapse that we are experiencing now on this planet. Those on the Ascension B Timeline feel very much as existing within a void space and have no ability to sense directionally what is next as these systems are collapsing. Even future identities and parallel possibilities are collapsing now as they can no longer be energized. The primary project of where this is underway during this phase is the Astral Plane. As the record of the God Seed atom opens into each sub band and its harmonic layers across all space/time/dimension, it then feeds the Source energy (The Living Light Eternal Current aka Zero Point Fields) into each of these grid layers. In accordance to the Law of Harmonics, whatever structure does not resonate to its original blueprint pattern, either self-corrects as it is overridden or it collapses. The collapse of the structure is due to distortions to such degree the integrity of the Blueprint has been corrupted. Therefore upon the impact of the critical mass of Living Light Current that has been accumulated within a "container" of consciousness, it may possibly destroy the "container" that has become distorted and then corrupt to its original blueprint nature. This level of applied Source Energy is now outpouring from our Universal Time Matrix System at the Galactic Core level (the Center Point of All Union, the God Matrix).[5]

As our understanding of this universal energy source continues to expand, we are soon confronted with the idea that it is intelligent, that it can directly interact with our consciousness. The entire Universe is composed of a unified field, or One Unified Conscious Energy Source, then we are also a part of that field; our consciousness can interact with it at many levels. And when we strip away the religious and denominational distinctions of various belief systems on the planet and try to weave a single thread through their teachings, we are left with the simple fact that the fundamental nature of God’s Energy is Love and Light.

And since its nature is loving, we are told that it seeks to have everyone else feel the same way; it is continually striving to have each conscious life form in the Universe reunite with that Love and Light as much as possible. Hence, Jesus taught us to “Love thy neighbor as thyself.” We are told that God is evolving, through the free-will decisions of its apparently separate participants. The whole universe changes as we choose to reunite in Oneness.

So, in the simplest possible sense, we can either have faith or simply postulate that the entire universe is One Being with One Mind, and that both the nonphysical aether and physical matter is all a fundamental part of that interconnected being. The world’s spiritual teachings all tell us that God seeks Oneness, unity and connection, and they also associate this quite directly with the concept of vibration.[6]