The Cosmic Amoraea Shield is the Divine Holy Spirit of Mother and Christ Child, made up of the combined flows of Six Emerald Crystal Heart centers existing within each of the layers of the nested time matrices that comprise the pathway through the Stairway to Heaven. The Six Emerald Crystal Heart Pillars further source from the original twelve Reuche Pillars from the God Worlds that generate the Emerald Order Tree of Life. The Emerald Tree of Life merges into the Cosmic Clock Templar within the newly birthed Emerald Suns, sourced from the core heart spirals of Aquamarine and Emerald Rays flowing from the 1st God World Creation.[1]

The opening of the organic currents sourcing from the Cosmic Amoraea Shield are the greater aquamarine blue heart flames of the Divine Holy Spirit that are intended to merge with the lesser blue flames ignited within the Emerald Crystal Heart of angelic humanity. Cosmic Mother breathes the holy spirit blue flames to merge in the crystal hearts of her divine children that are ready to embody their Inner Christos. These blue flame currents flow into the corresponding instruction set templates which further alter and adjust the macrocosmic clock shields that make up the coordinate locations of every angelic human lightbody, dimension, density, and harmonic universe. This event essentially will instigate large scale collapse of artificial timelines, artificial coordinate positions held by Fallen Angelic Timekeepers in the clock shield templates, by unwinding the reversal currents or anti-life metatronic currents and resetting them back into natural alignment with the Cosmic Clock in the 1st God World Creation. As the unwinding of anti-life reversal currents transpires in the planetary Albion Lightbody, it is similar to observing the clock hands of time begin to move in counterclockwise spirals and see that many previous destructive timelines are rolling up and then disappearing into nothingness within the Cosmic Mother’s Womb.

During this stage of the Universal time code transmissions, the planetary solar plasma activations have extended out into the next layers which now include the integration of the twelve codes of the 36D Sceptre Pillars and further, the twelve codes of the 48D Templar Reuche. During this incredible phase of accelerated consciousness transformation, the planet undergoes its next stage of ascension through a major global initiation into the Cosmic Mother Amoraea Shield, in order to embody the Cosmic Clock Templar Reuche in the Albion Lightbody on 2-22-2022. Thus, for the ongoing process of the planetary and human ascension, those ready to receive these Emerald Order transmissions will begin the next stage of consciousness expansion with the series of activations for the twelve Templar Reuche Codes coming from the Cosmic Clock, which will further activate the hara centers in sequential order to prepare for appropriate embodiment levels.[2]

At all levels of spiritual Ascension, the Cosmic Amoraea Eternal Flame transmissions begin another stage of flame body activation which begins to open density locks that ignite personal Lightbody flame activations, which includes the reconfiguration of the Dark Matter Template. This frequency starts to run through the Horizontal Triad Bodies, also referred to as hova bodies that are encased within the outer membrane of a larger Radial Body. 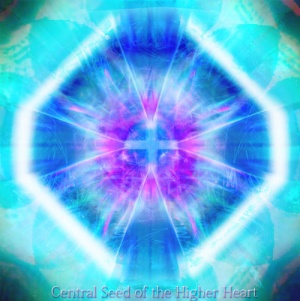