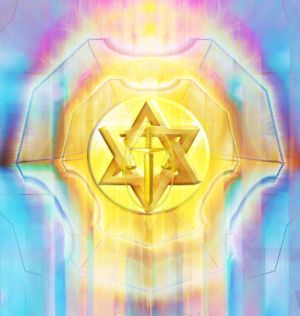 During the pivotal historical timeline trigger events of anti-Christ warring, there were factions of these imposters who assumed the Christos Templar identity that organized themselves into the Luciferian Knights Templars. These same Canaanite groups from Carthage infiltrated the Christos Essene Templar teachings that were in the protection of King Solomon in Jerusalem, where they were able to generate demonic grimoires and satanic sigils for gaining ritual power from the Solomon Keys. These Blood Sacrifice rituals were directly connected to conjuring lunar demons in the Baphomet Network, used to further the interests of conquest among the Luciferian Knights Templars. Thus, these Knighted orders have been constantly conflated together through history and in mainstream narratives, it is very confusing with all the lies we have been told. However, these same groups appear to be the originators and direct ancestors of several of these modern secret orders running the world today, such as those in the top levels of the Knights of Malta, Blackwater and Council of 300.

These histories are connected and relevant as the Maji Grail King Solomon was recently retrieved and integrated with his organic Christos body parts, which further activate and repair the Shield of Solomon. King Solomon is the bloodline bearer or holder of the Christos three king lineage, and this is the foundation 12:12 template for the Triple Solar Masculine Christ and its rod instruction set made in the Temple of Solomon, which is both a planetary architecture and personal lightbody system. Recent events made it possible to recover the authentic Maji Grail King Solomon, so that his accurate DNA blood records and dragon king body parts were finally reclaimed to the rightful owner. It appears his identity enslavement was entwined with the history of John the Baptist, given that they both have Solar Dragon King functions that intersect more intimately because they are associated with the alchemical Laws of Gemini.

As the real King Solomon presents, his importance in the copper blood records of the original Christos Diamond Sun races is discovered, as this authentic copper blood code changes the internal configuration of the inner solar temple. This is the inner dwelling lightbody architecture which unites the Triple Solar Masculine Christ with the counterpart of the Triple Solar Feminine Christ to co-create the Cosmic Starhuman coupling through the solar architecture known as the Temple of Solomon.

Recovering the Solomon codes seems to be connected to the ancient builder templates in the Emerald Founder Records, as the Temple of Solomon in Heavenly Jerusalem (2D Stargate) is the golden cube that held the original first or authentic Emerald Dragon Kings on the planet. This returning architecture embodied by Maji Grail King Solomon is that which resurrects the Solomon Shield network and also represents the Solar temple for shields of the Triple Masculine Christ. The recovery of this Solomon Shield network seems to bring some of the genetically connected Golden Seraphim lineages into wholeness onto the Golden Eagle Grid. This rehabilitation is supporting the amassing of these King Solomon coded Masculine Winged Light Arc Angels under Cosmic Christ Michael’s direction in the ley lines, which are to serve and protect the Christos people on the Earth. It is as if all the demons under satanic control by the inverted Solomon Keys used in blood ritual through the historical timelines of the Knights Templar grimoires and black magic grids, were transited or resurrected into the original pure Arcing Solar Light forms. They were restored to the pre-fall timeline when they were originally divinely connected to the heart of God, and thus, completely serving God’s divine plan for Cosmic Order. The Solomon Shield has direct relevance to repair the functions of the planetary rod system, the rehabilitation of the Golden Eagle Grid, and is in alignment to the 16D access gate to the Interdimensional Free World Council in the Cosmic Domain.

When we are connecting with the timeline that holds the destruction of the Temple of Solomon, this goes incredibly deep into the awareness of the utter destruction of the divine male and divine female united as Christos-Sophia. The gender reversals were put into place when King Solomon’s Temple architecture and his golden keys were hijacked with sexual reversals. Once again, it brings up the recent history which holds the importance of Aleister Crowley and his organizations, when calling upon the demonic grimoires based on the Temple of Solomon writings, sigils, keys, and that which summons, evokes or brings forward the names of entities in the devic realms. They are bound to respond to their energetic name when called, and this points to the understanding of the natural kingdoms being enslaved by those who use blood ritual to conjure demons for selfish motives, and the slow inversion and corruption of elemental forces used in astral bindings to serve satanic priests or Black Magicians, in ways our reality was never designed to function or exist.

The mirror symmetry reflection of the organic blueprint of Temple of Solomon seems to be included in the instruction set for the Failsafe Mission that creates the Solar Dragon Copper Rose Gold Architecture, which has also been seeded and installed into the Albion body. This was also required for the Holy Father’s return in the Emerald Order’s Rise of King Arthur with his Solar Queen in the Albion, as the rebuilding of the Temple of Solomon was needed in order to hold the Triple Masculine Christ of King Arthur in the planetary field. This is rippling out changes in the horizontal timeline functions, which seems to cut off the satanist supply of the Solomon keys and demonic grimoires in Black Magic spellcasting. This is a necessary function of protecting the timekeeper and control functions of the inner templar, that which operates as the direct control access into the Albion Lightbody, and includes aspects of Cosmic Holy Mothers purest shining one, the Cathar coding.[1]