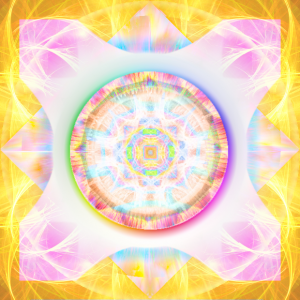 The Sun is receiving a tremendous variation of solar streams in the form of highly refined electromagnetic frequencies from the Cosmic Founder Source Domains, directing Plasma transmissions from the Pleiadian star system. These solar streams from the Pleiades are catalyzed by the return of Solar Christ Michael and Solar Christ Mary into dimensionalization, and are filled with Golden Cube Solar Codes that are transmitting activations to the human Crystal Body and DNA. During this phase, the Solar Coded Streams are building the krystal holographic architecture to prepare for the density shift that is occurring soon which will radically change the base magnetism of the Earth and the Sun.

As the vast amounts of Solar Plasma Streams entering the Magnetosphere run directly into the planetary Crystal Core and into the inner domains, this sets a new magnetic wave resonance pattern in the planetary grid. This organic magnetic wave pattern appears to have extremely amplified effects for activating the Crystal Body with new DNA tones within physical matter. There is an ascension wave of accelerated Crystal Body activation taking place in the collective race consciousness to attune the human lightbody into spiritual alignment with the solar codes of the Seven Sisters DNA musical tones. This is to help support the human race and spiritual families to be increasingly stabilized while experiencing the magnitude of shifts happening in the planetary Ascension timeline, which includes the global revelation of the future Disclosure events.

The recent Plasma Activations streaming throughout our Solar System include the recalibration of the merkaba spirals into a base 12 krystal matrix which reconnected all eleven planets with the Sun to form into a massive Emerald Crystal Body Matrix.

The Return of Emerald Order comprises the return of the true consciousness identity of the Solar Dragons reclaiming their Sun-Stars and constellation matrices, gradually taking over the functions of the 13 main constellations on the ecliptic path of the Sun, as the rightful Maji Grail Kings. It appears that Gemini is next in line for solar code restoration, as the Guardian Host gridwork project includes the restoration of the Vesica Pisces geometry and is removing its alien machinery infrastructure that was contained in the Gemini matrix.

Due to the ongoing eviction of Alien Machinery perpetuating false feminine magnetic fields and the modulation of the Magnetosphere with organic violet ray transmissions being saturated with intense streams of higher frequencies from Scepter and Reuche Light Symbol Codes, as designated by the Cosmic Founders, the base magnetic tone resonance in the Planetary Iron Core has radically changed. Since the return of the Solar Rishi, the transmission of Scepter Codes connected to the Code of the Violet Sun have been streaming into the planetary grid in order to lay the foundation for the Rha God Worlds 36D solar plasma tri-wave woven frequencies. The Code of the Violet Sun with Scepter transmissions from the Amethyst Order now being set in the planetary architecture for corrections to be made with Red Cube Violet Wave inversions, are resetting the 15D to 7D blended frequencies to run corrections in the ultra violet spectrum of the Magnetosphere.

With the Summer Solstice, we are in an Ascension wave in which solar plasma frequencies are being saturated through the planetary grid network to assist in Monadic matrix integration for Crystal Body activation, which further leads to an acceleration in DNA Assembly. This is the generation of hierogamic crystalline blueprints in the individual Crystal Body that further activate the Crystal Gene in the Silicate Matrix which then catalyzes a range of Bio-Spiritual Plasmas.[1]

From the observer view in the field, it appears as a massive beacon of concentrated laser light from above is directing Liquid Platinum Gold Plasmas that are saturating these Dead Energy structures that begin to freeze or burn away the construct. This generates a massive hole in the dimensional field, as if the fabric of reality that held that construct together is being burned away through exposure to the plasma laser lights shining above it, in which the remnants surrounding the structure are then fully collapsed and shattered, and then the debris is extracted out of the hole as if sucked out by a cosmic vacuum. As the Baphomet Network is being broken down into pieces and being removed from the planet, the shadow contents of past patterns that are connected to our Pain Body may arise and surface for witnessing. If we can be responsible for our own darkness through observing, discerning, accepting and then shifting the pain into Neutral Association and self-love, this is a great opportunity for spiritually healing the pain body and integrating the Soul aspects.[2]

The solar streams in the form of solar winds enter the Magnetosphere which is located in the ultraviolet layer of the Ionosphere and directly control the planet’s internal magnetic field, which is currently being reconfigured into organic states of magnetism.[3]