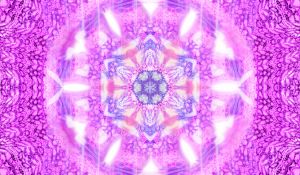 These gorgeous pastel rays of pinks, lilac and periwinkles are the organic consciousness of the newly formed Metatron Sun as gifted from out of the Cosmic Father Pink Diamond Elohei, which include the sustenance for spiritually healing the masculine principles of the Mer lineages. Cosmic Father merges his Cosmic Pink Diamond Elohei Sun with the Cosmic Mother’s White Diamond Elohei Sun, and this further announced the sacred marriage between Metatron finally united with his beloved, Meritaten, the Queen of Dragons and speaker of TA Dragon tones. Beloved MeTAtron and his counterpart MeriTAten awaken to embody the sequences of the Christos-Sophia Solar Dragon aspects into direct unification with their Cosmic Holy Parents of the Emerald and Amethyst Order and return their organic Christos-Sophia consciousness to the Earth. [6]